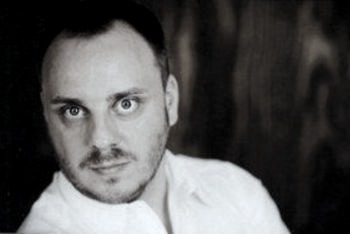 New York, Carnagie Hall
Recital del baritono Matthias Goerne
Pianoforte Leif Ove Andsnes
Gustav Mahler:  “Ich atmet’ einen linden Duft”; Wo die schönen Trompeten blasen”; “Es sungen drei Engel”; “Das irdische Leben”; “Nun seh’ ich wohl, warum so dunkle Flammen”; “Wenn dein Mütterlein”; “Urlicht”; Ich bin der Welt abhanden gekommen”; “Revelge”; “Der Tamboursg’sell”
Dimitri Shostakovitch:  “Morning,” Op. 145, No. 2; “Separation,” Op. 145, No. 4; “Night,” Op. 145, No. 9; “Immortality,” Op. 45, No. 11; “Dante,” Op. 145, No. 6; “Death,” Op. 145, No. 10
Ludvig van Beethoven: “An die Hoffnung,” Op. 94
New York, 1 maggio 2012
Tuesday, May 1st, was like any other evening in New York City. The streets were a sea of yellow, smoke and aroma floated from meat stands, and people were dashing from their offices to greet their first sip of sweet escape that awaited them in an overpriced cocktail glass. As the throng poured into the foyer of Carnegie Hall, I began to feel that claustrophobia I associate with the NYC Subway, only here the people were better dressed and finely aged. We were there to see Matthias Goerne, a German baritone, accompanied by Norwegian pianist Leif Ove Andsnes, present songs by Mahler and Shostakovich on the topic of death from various perspectives, in all its shapes and forms. Armed with a packet of Kleenex, I prepared myself for tears. Instead, I was gifted with an experience unlike any other. Mr. Goeren’s voice may not be the biggest or most beautiful I’ve heard. He is not a profusely expressive singer nor was his interpretation the most profound. However, what he did accomplish that evening was somewhat uncanny: Matthias Goerne put me in an altered state of consciousness – a state that could only be likened to Shavasana (or “Corpse Pose”) that concludes a typical yoga practice where the goal is to achieve total relaxation and stillness as one would in death.
I did not find the majority of the music aesthetically or viscerally appealing. In fact, I did not find any of the selections from Shostakovich’s Michelangelo Suite to my liking; they simply did not agree with my ears. And yet, I was not anxious or bored or irritated (which is how I usually get when I have to sit through music I don’t particularly care for). Something about Goeren was mesmerizing, even intoxicating. He held the audience spellbound, with his tai chi like movements on stage and the effortless way he channels the flow of his breath. His voice covered me like a warm blanket, drowning out the chaos and noise that’s New York City. Thankfully several of the Mahler songs, selected from three of his Lieder sets: Des Knaben Wunderhorn, Rückert-Lieder, and Kindertotenlider, were musically inspiring. “Ich atmet’ einen linden Duft” was delivered with gossamer notes from both the singer and the pianist, making me believe I could almost smell the perfume of the linden tree.  “Das irdische Leben,” which bears an uncanny resemblance, both in its rhythmic urgency and terrifying prose, to Schubert’s “Der Erlkönig,” sent chills down my spine. Then there was “Urlicht” (Primal Light), which I could only describe as a practice in stillness, in which Goerne’s rendering of the words “Himmel sein” was simply ethereal.
One song in particular, “Ich bin der Welg abhanden gekommen” (I am lost to the world), not only offered me a glimpse of the sublime, but summed up the evening and it’s performer perfectly:

I am lost to the world,
With which I used to waste much time;
It has heard nothing of me for so long,
It may well believe I am dead!
It is of no consequence to me
Whether it thinks me dead;
Nor can I deny it,
For truly I am dead to the world.
I am dead to the world’s tumult,
And rest in a quiet realm!
I live alone in my heaven,
In my living, in my song!
(Text by Friedrich Rückert)

Mr. Goerne did not sing to the audience; he didn’t even face us. In fact he may not have noticed we were there. It was as if he were alone on stage, singing for just himself – for his own pleasure and amusement, and we were merely outsiders observing from a crack in the door or perhaps from a parallel universe. There was nothing rehearsed or manufactured about this performance. The baritone appeared to be lost in his own world of introspection and oblivion. And yet, without trying to, he captivated us. I have always believed that this is how art, in its purist, most authentic form, ought to be experienced – with the audience witnessing a moment of truth. Performers are often so preoccupied with pleasing the crowd that they seem to forget what ‘die Kunst’ really means to them on a personal and intimate level. Night after night they come out on stage and regurgitate the same program, never growing, never transcending, and never allowing the music to to take them on a journey. Matthias Goerne’s deliberate disengagement from the audience allowed me, for the first time in over two decades of concert going, to simply be present. I wasn’t listening intently, furiously taking notes or trying to find some obscure meaning in every word. I was simply enjoying a musical Shavasana, turning my gaze inward, being lost to the world. Our evening of macabre songs concluded with one encore, Beethoven’s “An die Hoffnung” (To Hope), Op. 94.