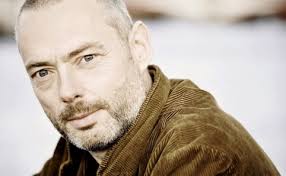 Last week marked the launch of Schumann: Under the Influence, an international initiative of over 30 concerts. Led by pianist Jonathan Biss with the help of several collaborators, these concerts, personally curated by Biss, are meant to examine the works of Robert Schumann at a deeper, more intimate level. The Liederabend was the second of a two-concert series offered by San Francisco Performances featuring British tenor Mark Padmore. On the impetus for the project, Biss said that he “wanted to show Schumann’s music exactly as it is – deeply poetic, fragile, obsessive, evocative, whimsical, internal.” On Saturday evening, the duo succeeded in doing just that.
The first half of the program was a little rough, starting off with a somewhat sloppy and uninspired solo performance by Biss of Schumann’s final composition for piano, Gesänge der Frühe. Next came Sieben Frühe Lieder by Alban Berg, which are typically sung by sopranos and mezzos. These were surprisingly easy on the ears and more closely resembled the late-Romantic style of Mahler or Strauss rather than Schoenberg, with whom Berg studied for six years. Padmore awkwardly relied on the aid of sheet music and did not seem entirely at ease, as though the music had not yet set in. The standout was “Schilflied,” which was sung with such lucid brilliance and sense of wonder that I felt almost transported to that enchanted secret forest path illuminated by the evening light. Padmore’s German diction is probably one of the most beautiful I’ve heard. It’s clear, bright, and light. He enunciates the endings and consonants with clarity, but the words never sound harsh.
Following the Berg set were six selections from Schubert’s Schwanengesang, No. 8-13 with text by the great German poet Heinrich Heine. The music stand was removed and it was immediately evident that Padmore knew this repertoire so well it were as though the songs were firmly ingrained finto every cell of his body. He sang to the audience this time, as if inviting us to take a journey with him, albeit a journey into the abyss of misery and suffering. And for those of us who were willing, what a journey it was! He delivered “Der Atlas” with bitterness and fury, singing with conviction and explosiveness. The playful and flirtatious “Das Fischermädchen” offered a brief repose from the gloom and despair. Biss supported the tenor every step of the way, his thoughtful playing not only set the mood of each vignette but offered colorful imagery with nuanced and detailed narratives. His dark tremolandi octaves in the left hand coupled with the right hand’s brisk, diminished seventh arpeggi (first inversion) mimicked whirling gusts of wind in “Die Stadt” and were so eerie they sent chills down my spine. Biss painted a bleak picture of tumbleweeds rolling through an abandoned ghost town; a wasteland with nothing but memories of a lost love. Similarly, Biss summoned fog and created the sound of water swelling in “Am Meer” as Padmore sang “Der Nebel stieg, das Wasser schwoll.” The set ended with “Der Doppelgänger,” a truly terrifying piece of lyrical theater. As he sings about seeing his double, Padmore stares into space, his body frozen and his eyes, filled with horror, were fixated on one spot as if he were indeed looking at his very own spectre.
The second half of the evening was dedicated to Dicterliebe, Schumann’s tour de force. The cycle starts off with “Im wunderschönen Monat Mai.” The lingering of both the piano and voice is particularly impactful during the last two lines of each stanza. There is a sense of buildup, that the singer is filled with so much yearning and longing that he could hardly contain himself and is about to burst like the flowering buds in the lovely month of May. Padmore displayed impressive vocal agility in the spirited “Die Rose, die Lilie, die Taube, die Sonne” which was immediately juxtaposed with the tranquility and calm of “Wenn Ich in Deine Augen seh’.” It was impossible to escape the irony of “Ich Grolle Nicht,” which was infused with bitterness and indignation. Padmore is one of those rare artists who’s able to successfully walk the fine line between expressive and overly sentimental singing when it comes to the art of German Lieder, and in “Hör’ ich das Liedchen klingen” the slight inflections in his voice tell the story of a deep, aching internal melancholy beneath a calm and stoic exterior. “Die alten, bösen Lieder” brought the cycle to a close, and it could not be a more fitting ending. To bury all the old, angry songs in a large coffin and sink it deep down into the sea – I could only hope for such a satisfying, cathartic closure to each and every one of my failed relationships. While the song starts off with a firm sense of purpose, the lengthy piano postlude gets the final word, dissolving the pain from the last line. In a major key, Biss creates an atmosphere of serenity and a light, drifting sensation as we see the coffin sink ever so gently toward the bottom of the sea where it will rest, in peaceful slumber.
Padmore and Biss make a brilliant team. The two performed this intricately choreographed dance between poetry and music with great intelligence, sensitivity, and insight. The purity of Padmore’s voice is piercing and divine. It was one of the best Lieder recitals I’ve attended. There was one encore: Schumann’s “Die Lotosblume” based on a poem by Heine.