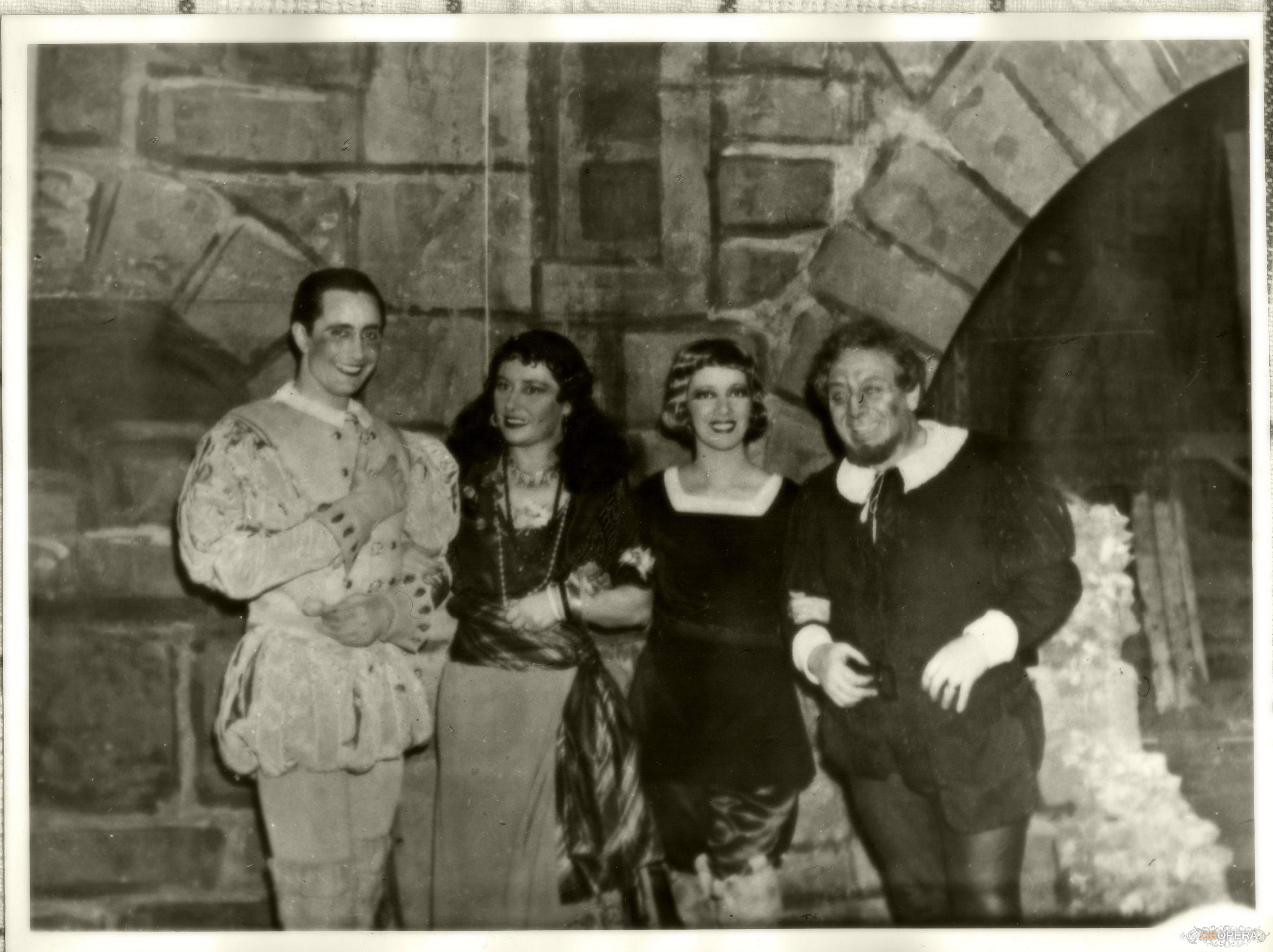 For the contribution given by his voice to the development of the radio, he was awarded the Columbia Medal on 13 th   June 1933, with a ceremony in his honor aboard the Italian liner “Conte di Savoia” at anchor in the port of New York, in the presence of hundreds of people that crowed the ballroom of the great liner. The entire ceremony was broadcast by radio and during the same Martini performed a scheduled concert.
In his speech, Paul Anka, manager of the CBS, presents him as “The man, who more clearly than any other individual in America, symbolizes that artistic perfection whereby the radio lives and grows”. Aside from Nino Martini, the only ones to have received this desirable award were J.C.W. Reitch of the BBC, C.A.Lindbergh, L.Stokowsky and the aviator Amelia Earnhart.His incontrasted success in the field of the radio and the popularity he had acquired induced Giulio Gatti Casazza, General Manager of the Metropolitan Opera Association of New York, to engage him in April 1933 for the 1933-1934 season at the Metropolitan where he arrived not as a timid debutant who had to measure himself with the diffidence of the audience and of the critics, but almost as a victor.

For this engagement he was complimented by numerous political figures and even by collegues during the award ceremony of the Columbia Medal, Giovanni Martinelli, whom he already knew, congratulated him saying “the oldest tenor of the Metropolitan wishes good luck to the youngest tenor of the Metropolitan”. While a well known Italian tenor, who lived in the same Hotel Ansonia of New York almost next door to Martini and who knew himwell, pretended not to see him ! The entire summer of 1933 was spent in New York due to his committents with the radio andto prepare for the new lyrical season. His only passtime is weekends at the beach due to the great heat. The only diversion during this time was his having acted as radio annoncer for CBS in connection with the Italian radio for the arrival of General Italo Balbo with his air squadron in Chicago on 15 July after the transatlantic flight and the reception and concert  on 21 July in honor of I.Balbo and his pilots offered by City of New York.

His debut at the Metropolitan was on December 28th 1933 with “Rigoletto” beside Lily Pons, Giuseppe De Luca, Ezio Pinza and Gladys Swarthout. During the 1933-34 lyrical season he interpreted Rigoletto, Lucia di Lammermoor, Gianni Schicchi, Boheme, Traviata and concerts for a total of twenty performances.He remained at the Metropolitan until the 1945-46 season and his repertoire included Don Pasquale, Linda di Chamonix, La Rondine, Barbiere di Siviglia, as well as those operas previously mentioned. 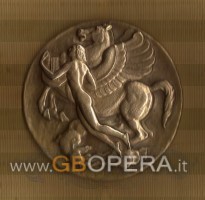 At his side performed Lily Pons,Lucrezia Bori, Grace Moore,Vina Bovy, Licia Albanese, Bidu Sayao, Helen Jepson, Gladys Swarthout, Edith Fleischer, Ezio Pinza ,Giuseppe De Luca,Lawrence Tibbet, John C.Thomas, Salvatore Baccaloni and others no less famous but that would make the list too long. Of  his private life and of his free time from the time of his arrival in the United States there is little to be said. He spent several hours each day studyng to improve himself with the guidance of Zenatello and that of a second teacher. He also studied English to improve his knowledge of this language. He was often invited to parties and receptions held by the most well known families of New York and on these occasions met with political figures such as F.D.Roosevelt,F.La Guardia and othen already famous singers and cinema artists,orchestra directors and impresari.

had met a girl, Helen S.,who studied music with Zenatello and often accompanied him to receptions,to the theatre and on trips. In the letters to his mother he wrote that she was beautiful,polite,in love,from a good family and that she would throw herself into a fire if he ashed her. Helen often came to Italy,met Martini’s mother,his sisters and his four nephews (another two were born lather,all boys) sons of one of Nino’s sisters. However he never decided to take the final step even though they maintained an affectionate friendship until his death. The contract with the Metropolitan was the initial step of a striking career full of success and satisfaction,but also the beginning of a great personal responsibility to maintain himself always at the level that had brought him to success. Zenatello and Gatti-Casazza sent news of his success to the newspaper of Verona,”L’Arena”,that however did not at that time or lather publish any news regarding the artistic career of a Veronese “de soca” (a term in dialect indicates a Veronese son of Veronese parents). A specialized agency had collected in large volumes all the articles published in American newspapers regarding Martini’s  artistic activity from 1932 to 1951. From this material it has been possible to reconstruct almost all of his artistic activity and to document the great success he acheived. From the letters he wrote to his mother each week from 1930 to her death in 1935 it is possible to put toget

her an entire diary of this period: concerts,recitals and relative profits, train trips of even more than one day to move from one city to the next,acquaintances and friends,reception to which he was invited and where he met beautiful women, his passion for dancing (his favorite opera was Faust as it was possible to dance on stage), the news paper critiques, in short all the details of his every day life. In Canada a train of the Canadian Pacific delayed its departure one evening until the end of a concert so that he might take it to travel from Toronto to Winnipeg ; He was injured in an accident while on the New York Central and had to cancel a series of concerts. Martini also did some crazy things such as crossing the desert of Nevada during the day in summer: for this he was called crazy by the attendent of the last gas station before the desert.The rhythm of the concerts and the subsequent travelling were to say the least exhausting and this results from reading the program of his aristic commitments as arranged by his manager Evans and Salter. (End of the third part)