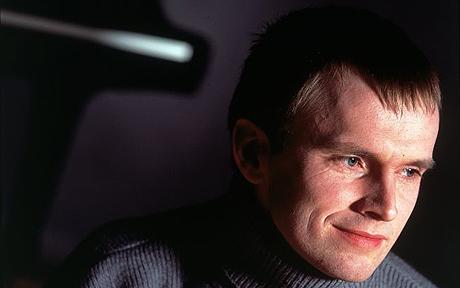 Verona. Teatro Ristori. Amici della Musica Verona Concert Series2013-2014.
Pianoforte Steven Osborne
Ludwig van Beethoven:  Seven Bagatelle op.33; Piano Sonata n°21 in C major op.53 ‘Waldstein’
Franz Schubert: Impromptu n.°1 in F minor D935 op. posth.142; Sonata in G major D894, op. 78 (Fantasia)
Verona. 3rd December, 2013
A commanding performance by the renowned Scottish pianist, Steven Osborne, in a programme divided equally between Beethoven and Schubert. Osborne’s performance was characterized by his direct and reserved style, full of a concentrated vigour but nonetheless, and all the more surprising, capable of the lightest and most ephemeral touch.  He opened with the Seven Bagatelles, quite typical of Beethoven’s early style with its many Classical compositional features, before launching into the resplendent ‘Waldstein’.  In the 7 bagatelles he revealed the  distinguishing qualities which characterized the concert, a research for clarity of texture and structure.  With an absolute  precision of articulation and pacing, and structural balance of dynamics and tempi, Osborne dominated the challenging programme  with his physical power.  The compositional elements of the  first three bagatelles were in fact almost disproportionately, though intentionally, projected with weight and daring, as if to underline their capricious and brilliant, rather than playful, nature. In fact, in the following 3 bagatelles he contrasted this with a deft and feathery touch, almost on the brink of the inaudible, to end with a brilliant flourish in the last rhythmically complex one.   After an inebriating and  disconcertingly fast opening (con brio)of the Waldstein, Osborne, with calm resolution and technical mastery propelled this definitive work, a masterpiece of instrumental virtuosity and profound inspiration, towards a most eloquent expression.  He maintained the drama and grandeur of the first movement and the lyrical solemnity of the second which converged unnoticed into and the third movement rondo.  Unexpected changes of timbre and colour , of mood and touch, ensured that the tension and interest never lapsed.  The second half of the programme opened with Schubert’s Impromptu n.1 in F minor, a refined piece with an inventive structure and beautiful lyrical passages which Osborne executed with subtle control of the textures and sonorities.  The last work on the programme, the Sonata in G major  op.78, was also the last work published in Schubert’s lifetime, and of which Schumann was an enthusiastic admirer.  This serene work, noted for its exquisite singing melodies, its reminiscences of folk music, of the waltz and the ländler, and above all for its dream-like quality, found in Osborne a worthy interpreter, where his lack of musical mannerism, the directness but vividness of his phrasing, the dexterity of his fingerwork, his attention to texture and colour, and his lyrical fluidity allowed the music to flow into the infinite.