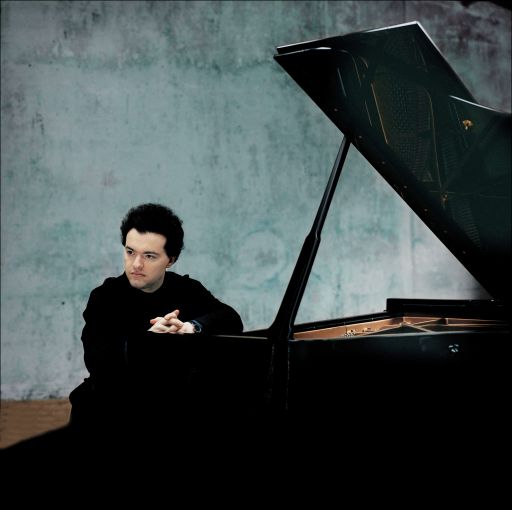 An Evgeny Kissin recital is always a special and much-anticipated event, particularly in San Francisco, a city often absent from his U.S. touring schedule. Playing to a sold-out audience at Davies Symphony Hall Wednesday night, the atmosphere was electric and Kissin’s legendary pianism and musicianship were on full display.  The first half of the program was devoted to Schubert’s Piano Sonata in D Major, D. 845, a masterpiece not nearly as well-known as the celebrated final three sonatas.  Kissin emphasized the dramatic and heroic aspects of this work, particularly in the opening movement, with immense weight and dynamic contrasts, preserving clarity and displaying his rich tone from pianissimos to fortissimos.  In the second movement, Kissin fastidiously followed Schubert’s peculiar and contradictory markings, which includes copious accents, staccato and detache markings despite the movement’s legato appellation.  While this attention to detail was laudable, the result was overly deliberate and a bit heavy-handed, undermining the movement’s lyrical beauty.  In the third movement, Kissin captured the regal atmosphere of the scherzo but was again deliberate and “vertical” in his phrasing, missing its playful and delicate moments.  In the final rondo Kissin was more persuasive, fully in tune with this movement’s grace, charm, and final languor without being over sentimental.
The second half of the program was devoted to Alexander Scriabin, and not surprisingly Kissin was completely at home with the virtuosic and passionate music of his fellow countryman (as were the many Russians in the audience who turned out in force to see Kissin). First up was Scriabin’s second piano sonata, a piece that marks the beginning of Scriabin’s full maturity as a composer, breaking away from the shadow of Chopin and fashioning a unique, original voice of great harmonic and pianistic innovation.  Kissin’s staggering virtuosity, sumptuous tone and quintessentially Russian temperament are tailor-made for this music and the results were extraordinary.  In the first movement, one of Scriabin’s most beautiful creations, Kissin perfectly captured its fantasy and dramatic emotional shifts with a natural rubato and brought out the central theme’s Schumannesque melody beautifully.  There could have been more shaping of the melody, however, particularly in the elaborate Thalberg-style passages.  Kissin played the second and final movement with a steady, energetic pulse, emphasizing its lyricism and navigating the dense textures that can detract from the composition’s appeal.
Kissin ended the program with a selection of seven of the twelve Op. 8 etudes.  While the influence of Chopin in these works is unmistakable, these etudes are not mere facsimiles of Chopin’s, exhibiting a very personal and idiosyncratic approach to melody, harmony, and pianism.  The technical demands of these works are formidable, yet Kissin’s effortless virtuosity enables him to showcase their musical artistry, most beautifully in the haunting No. 11 in B-flat minor, and the impassioned No. 12 in D-sharp minor (made famous by Vladimir Horowitz) that brings the set to a fiery conclusion.  Kissin returned for three encores, first playing Wilhelm Kempff’s transcription of the Siciliana from Bach’s Flute Sonata in E major, BWV 1031, followed by another Scriabin etude, No. 5 in C-sharp minor from the Op. 42 set.  Concluding the evening was a spectacular bravura performance of Chopin’s A-flat Polonaise.