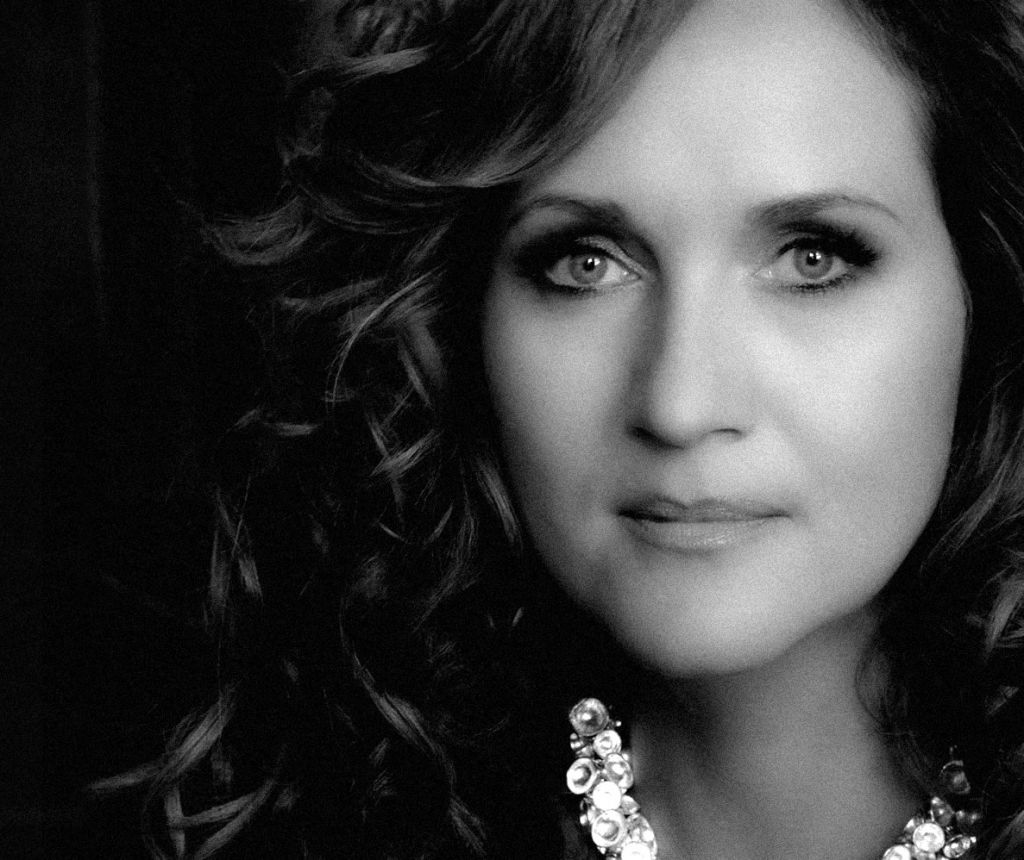 Hi Simone! It’s a pleasure to have you back on GBOpera, with your new cd Colori d’Amore out. Your first interview Senza Trucco with us dates back to last january, when you were enjoying the well-deserved success of your previous album Lava. The success of that record crowned you as the “Queen of Baroque”, according to Opera News, while The Guardian and The Sunday Times praised your voice and technique.
Has anything changed in you, as an artist and a woman, from Lava to Colori d’Amore?
Yes, of course. I want to become deeper: I have tried to go back to my nature – the nature of the human voice – and I want to touch people – honerstly. I think that we are now at a point that we have to go back to ourselves – and music helps – time can stay still for a moment – timeless – thats my goal, my wish.
What made you decide to represent through this record the range of feelings linked to love?
The colors of Love – red, orange, blue, purple – every color stands for a feeling – and the arias, the music and the words have everything – from deep love to fire, from sex to jealousy and vengeance, but real love is a must in our Life and of course in our music…
Is there an aria, among those included in the album tracklist, you cherish in particular and why?
Yes, there are a lot and it’s not easy to chose only one, but I think it could be “Ombra mai fu”:  it’s so beautiful and simple. Bononcini had the inspiration and composed it 40 years than Haendel, who felt inspired by it or took the wonderful music for himself – a masterpiece…
Among the composers of whom you’ve sung music, who is the one you feel you can relate to the most and why?
I like the Bononcinis- both of them, because they were brothers – and, of course, the father of all composers of this time, included Bach, A. Scarlatti… and, of course, Broschi, for the neapolitan time….  Colori d’Amore has been published by Sony, and so a major record company that seems to have thought big for this new effort. How do you feel when a new record of yours is finally out?
I feel that there’s nothing more I can do and I hope the audience will like it – and that it is a timeless production that lasts for a long time and not only for 3 months. I hope that people can listen to the record I dont know how many times and always find new inspriation and experience new feelings… I think we did our best. Now we have our concerts – the music will be our always new work….
How was working on Colori d’Amore?
Stressful because Claudio found the arias in a very short time – and so I had not so much time for studying and rehearsing… but sometimes it’s better going this way: stress can lead to inspiration and afterwards you are so happy about the new pieces… it was a fantastic, crazy work. I’m so happy, really.
Is there any funny story concerning the recording sessions you would like to tell us?
Not really, because we were so disciplined, very professional….you know…
This is your second record in joint-venture with Claudio Osele and Le Musiche Nove. How did this collaboration start and will there be more in the future?
Of course the third album of an ideal trilogy is on the way. Our intention is to pursue Art and not simply chose music in fashion in our time…, I dont know what arias and composers will be on the next record, but Claudio knows. But this will not be the end: I hope for more and more records with him and Le musiche nove, like a journey around the world….
How do you feel about being one of today’s most important worldwide voices of Baroque?
I don t think about it – why should I??? And I’m not always singing Baroque….It doesn’t matter to be famous – it’s important to be honest…a good human being: this is our meaning in life… and what should come… it will come…but it’s in our hands to be good and honest….its true or not?
In our interview Senza Trucco, you declared that you like to experiment with other genres of operatic music than Baroque and that singing Mozart is good for your voice. Will you publish a record of something different from Baroque?
I did a lot of other recordings – I started with Humperdinck, I did Beethoven, Haydn, contempary music, Mozart, Mendelssohn, and belcanto… and and and… my voice can sing a lot – but I’m more famous for the baroque repertoire…. this is the point: isn’t it strange?
What can we expect after this cd?
We will start working on the next record… I’m so excited about this and looking forward to it!
Usually, after the publication of an album comes the record promotion… What’s next on your schedule, in terms of promotion?
We have a lot of concerts – a big tour in Germany, including Munich – Herkulessaal, Berlin – Konzerthaus, Dortmund – Konzerthaus, Frankfurt – Alte Oper, Hamburg – Laiezhalle, Bremen – Glocke -, Schwetzingen-Festival, Dresden – Frauenkirche, Bad Kissingen – Festival, maybe Montpellier France, Moscow – Puschkinmuseum Russia,, Basel and Bern in Switzzerland…
Will we see you in Italy again? And when?
I’m sorry, but there is nothing planned yet….We are waiting for an invitation…. but baroque music isn’t really in fashion in Italy right now… I hope it will be so….

And, of course, we do hope to be able to attend an Italian concert of this big artist and to enjoy the music of her new album Colori d’Amore, published on last October 12th by Sony Classical.