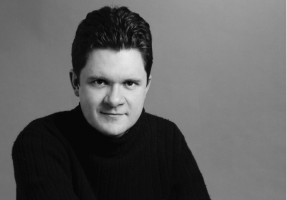 Emmanuel Plasson began his musical studies as a violinist. Son of the renowned French conductor Michel Plasson, he began formal conducting studies at the Pierre Monteux School in Maine, U.S.A., and continued his training at the Yale School of Music. His discography includes recordings on the EMI and Dynamic labels.
Emmanuel Plasson won the Donatella Flick International Conducting Competition in 1994 conducting the Philharmonia Orchestra in London, launching his UK debut. Emmanuel Plasson has established himself as a leading ambassador for French music through his remarkable international career spanning both the symphonic and operatic worlds. Mr. Plasson made his North American debut in 1997 conducting the Royal Ballet, Covent Garden on tour, including performances at the Metropolitan Opera House in New York. This resulted in an immediate invitation to be an Assistant Conductor at the Metropolitan Opera during the two following seasons. Upcoming appearances during the 2011-12 season include a double debut: in Portugal with the Orquestra Sinfónica Portuguesa (Nov.) in works by Berlioz, Liszt and Schumann and for his first appearances with the Orchestre de Pau-Pays de Béarne, with music composed by Mendelssohn, Grieg and Tchaikovsky (Dec.).
Which is the main feature of your personality?
Compassionate.
Your worst flaw?
Procrastination.
Which is your star sign?
Pisces.
Are you superstitious?
Yes.
Are you a spiritual person?
Yes.
Have you ever envied someone?
No.
What did you dream to become as an adult when you were a child?
A musician, a singer or something to do with the stage.
Did your family influence your choices?
Yes.
Which is your most cherished memory?
Playing the violin for my grandmother with my teacher (my mother) by my side.
The moment you felt the proudest?
Winning the Donatella Flick international conducting competition in London. 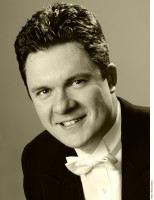 The greatest disappointment?
Losing the Besançon competition.
What’s missing in your life today?
Balance.
What are you afraid of the most?
Losing my loved ones.
Do you have a recurrent dream?
Elevators.
How important is money to you?
Not more than it should be.
Which is the item you like spending money on the most?
Shoes.
Do you collect anything?
No.
Which are your favorite readings?
Biographies and history.
Which is your favorite perfume?
L’instant de Guerlain.
Favorite city?
London.
Favorite color?
Purple.
Favorite flower?
Rose.
Your favourite singers?
Nicolai Gedda, Maria Callas.
Which is the first record you ever bought?
Beethoven 9th ymphony.
The film you love the most?
“Blade Runner”.
Your favorite season and why?
Summer because it stretches time with those long days.
How is your relationship with technology and which is the electronic gadget you can’t do without?
Modest and my I phone.
How’s your attitude towards TV ?
Too indulgent!
How is your relationship with politics?
It’s important but it can also be ugly.
Do you have causes that are very important for you?
Trying to help the problems of this world even in little ways.
Day or night?
Night.
Which is the situation you consider the most relaxing?
Being home not working.
Tell us your ideal day
Getting up in a very good mood and being productive.

Which is your hideaway?
Any place where it’s sunny and quiet.
What’s the soundtrack to your everyday life?
Love life no matter what.
What do you miss the most when you’re away from home?
Home.
The holiday or the trip you’d like to take?
Argentina.
What or who makes you feel embarrassed?
Not being able to express myself clearly
How would you define your relation with food ?
Way too indulgent!
Mediterranean diet, macrobiotics or fast food?
Mediterranean.
Your favourite dish?
Roasted duck with olives.
Red or white wine?
Red.
Which is the place where cooking is the worst ever?
I take the Fifth Amendment!
Was music a vocation?
Yes.
What would you want someone who doesn’t know you to listen to?
The CD I made with Xavier Phillips (cellist) with French pieces for cello and orchestra.
If you were granted the chance to chose an opera to conduct, which one would it be?
Salome.
What do you do an hour prior to go on stage?
Study my scores a little more.
What’s never missing in your dressing room?
My baton!
What do you think of when looking at yourself in the mirror?
Come on, do better.
Your mood at the moment?
Contemplative.
What’s your motto?
Love life no matter what.
Photo Christian Steiner