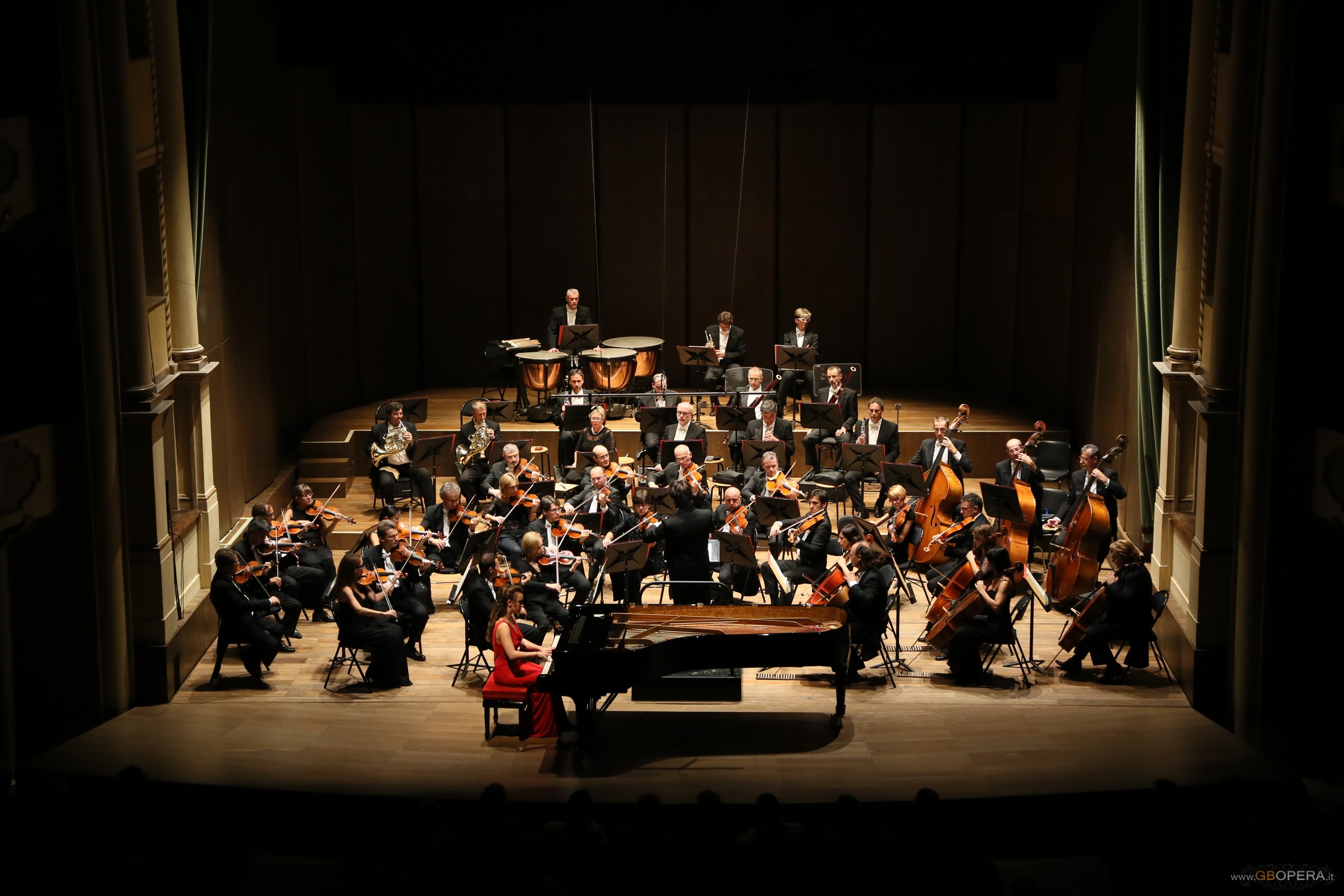 The Fondazione Arena di Verona has inaugurated their winter season, which usually takes place  in the Teatro Filarmonico, in the nearby Teatro Ristori, a beautifully renovated gem, reopened  after decades of closure.  A cycle of four concerts devoted to the first Viennese School, Haydn, Mozart and Beethoven, suitable to the more intimate space of the Ristori has been chosen to open the season, which will continue after the New Year at the Filarmonico with  a mainly 19th and 20th century repertoire.All four programmes include the most well-known and  popular works of  these composers, which in the second concert on  27th October(repeated on 28th), included Beethoven’s Egmont Ouverture and 3rd piano concerto, and  Mozart’s symphony no. 41, the Jupiter.  The concert with the orchestra of the Fondazione Arena di Verona was entrusted to two young artists poised at the beginning of their career, the conductor Giacomo Sagripanti and the pianist Chiara Opalia.  They brought freshness and competence to a familiar  programme.  Sagripanti’s  style was energetic, expressive and communicative, assisted by his choice of not using a baton. The linearity of his tempi and the balance between the  different orchestral sections, especially in the symphony, were evidence of his structural awareness.  Particularly clear and transparent was the 5 part canon in the last movement of the symphony, which brought the symphony to a joyous and effervescent close. The entries of the different instruments were incisive and clear  and  the dove-tailing in the woodwind was carefully highlighted.  In general, though, the excellent acoustics of the hall would have permitted  a greater musical tension if more attention were paid to the quality of the sound and a stronger contrast of dynamics.
Chiara Opalia, an elegant soloist with a  clean and determined touch, was accurate and fluid, favouring a lyrical approach in the dark and pathetic character of  Beethoven’s only minor key piano concerto. Her phrasing was eloquent and her tempi never exaggerated.  Her expressiveness tended towards the Romantic rather than the Classical to which she was able to give free play  in her choice of  encore, Liebestraum no. 3 by Liszt.  Both the concerto and the encore were warmly received by the large audience.  The orchestra and pianist were well-balanced with particularly fine moments from the bassoon line over the piano arpeggios in the second movement and at the end of the same movement in the pianissimo from the horns. This moment was unfortunately spoiled by careless intonation from the woodwind in the following final E major chord. Worthy of note was the technological innovation of raising and lowering the piano in front of the stage on a platform from stalls level, thus avoiding the annoying need of either having the piano  blocking the orchestra during the customary ouverture, or interrupting the concert to move stands and chairs in order to bring the piano on stage.  A very harmonious solution. Foto Ennevi – Fondazione Arena