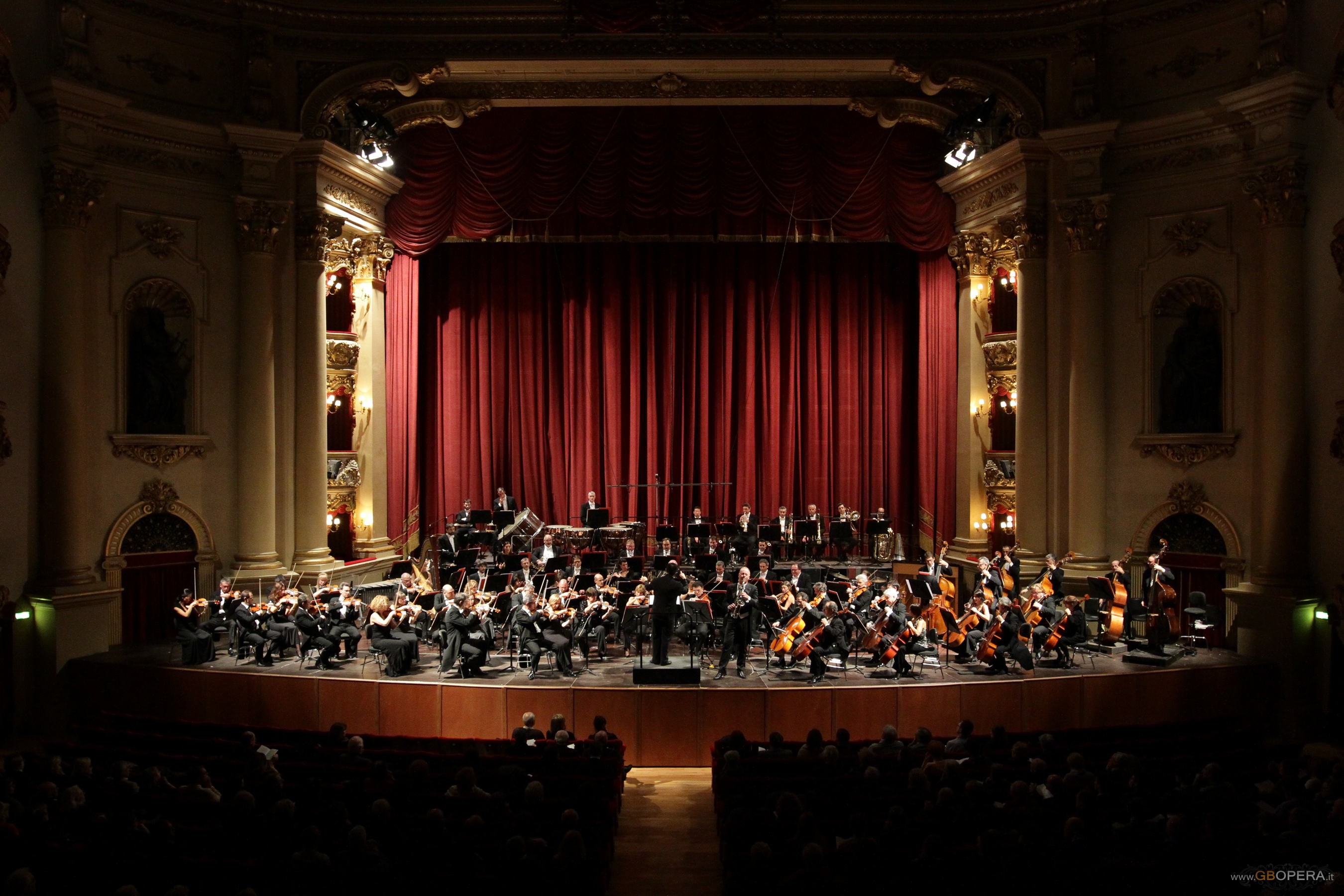 Verona, Teatro Filarmonico, Stagione Sinfonica 2012/2013
Orchestra dell’Arena di Verona
Direttore Paul Chiang
Sax Federico Mondelci
Carlo Boccadoro: Invisible Acropolis
Claude Debussy: Rapsodia per sax alto e orchestra
Roberto Molinelli: Four Pictures from New York
Pëtr Il’ič Čajkovskij: Sinfonia n. 4 in fa minore op. 36
Verona, 19 gennaio 2013
In the first part of the 6th concert on 19th January (repeated on 20th),  in its series of symphonic concerts, the Fondazione Arena di Verona, presented an interesting choice of programme and soloist in keeping with its policy of proposing innovative and interesting new works.
The evening began with Invisible Acropolis, composed by Carlo Boccadoro in 2011-2012, and premiered in Florence by the Maggio Musicale Orchestra in 2012. Even without the explanatory programme notes describing the piece and its genesis, the  artful use of   orchestration to evoke  shifting moods and impressions, the weaving of individual sections and instruments in and out of the shimmering orchestral fabric, the rising progressions of dynamics and  the fluctuating overlapping of instruments, the sudden withdrawal of the full orchestral forces leaving a string quintet to converse in an anguished dialogue, before a flute and cor anglais intervene and the orchestra gradually disappears leaving the dreaded beat of an ominous bass-drum, all create a musical and  aesthetic design capable of enticing and involving the listener. The impact of the composer’s visit to the Birkenau concentration camp, which he cites as his inspiration,  struck by the  contrast of its present desolation with the ethereal presence  of the ghosts of  former inmates,  noises and  buildings, is faithfully and movingly portrayed in the score.
The second piece on the programme, Rapsodie our orchestre et saxophone commissiond by an American saxophonist, was composed reluctantly by Claude Debussy, who it seems felt uncomfortable with this ‘modern’ instrument. The orchestration was finally completed a year after his death by Roger-Ducasse. Notwithstanding his diffidence for the instrument, Debussy succeeded in creating a refined work in an abstract, impressionistic style, reminiscent at times of the tone poem La Mer on which he was working in this period. However he seems much less interested in the virtuoso possibilities of this ‘new’ instrument, favouring, rather, the exploration its own peculiar timbre and character. A very full orchestral score is employed, including 3 flutes, 2 oboes, a cor anglais, 2 clarinets, 2 bassoons, 4 horns, 2 trumpets 3 trombones anda tuba, often in waves of sound on the crest of which the saxophone rides. Composed of one movement , as the title suggests it changes mood  rapidly, starting off slowly, including liesurely cadenzas for the soloist in a sort of suspended atmosphere, and moving quickly to a faster section characterized by Debussy’s penchant for exoticisms. There are definite Arab influences, especially in the rhythmic accompanying figures. Federico Mondelci was a suberb interpreter of the piece. Technically relaxed and at ease,  completely absorbed in the music, his sound free and focused, soared evenly from a shining, burnished  top, to a rounded mellow bottom. His strong powerful sound penetrated even over a full orchestra and never resulted  pushed or forced.
The following work, Four Pieces from New York, composed in 2001 by Roberto Molinelli, was a perfect vehicle to display Mondelci’s versality and musicality and confirmed his mastery of timbric and technical control on soprano, tenor and contralto sax in turn.  Four musical scenes which follow a precise description in the score, Dreamy Dawn, Tango Club, Sentimental Evening and Broadway Night, are a conscious, eclectic hommage to popular American music from jazz to swing,to films and blues familiar and accessible without neglecting originality and expressivity. Mondelci took full advantage of the multi-faceted show-piece Molinelli had provided him with.  Moving into the midst of the orchestra to join the jazz trio as if in a jam session in Sentimental evening, (an eccellent piano, bass and drums from the orchestra,) or dominating the downstage centre in the rhythmic,syncopated Tango Club, or sweetly singing with graceful cantability in Dreamy Dawn, Mondelci  played effortlessly with colours, timbres and styles, displaying  great musical sensibility and rigour.  Repeated enthusiastic curtain calls led to a repeat of the Tango Club as an encore.
The second half of the programme returned to a more traditional concert repertoire with Tchaikovsky’s 4th Symphony.  Off to a rather shaky start, the symphony was marred by frequent uncertainties of intonation and articulation, and generally lacked  cohension.  At one point the cellos and first violins were not syncronized.  The first movement, in particular, remained flat and earth-bound, perhaps due to the particularly slow tempo and the dove-tailing of the winds was disconnected and lacking in direction throughout the symphony. By the fourth movement the orchestra seemed to have found the right gear, but overall, with the exception of the compact and precise trombone section, the performance was not up to the level of their recent concerts.  The conductor Paul Chiang from Taiwan didn’t seem to have a tight enough rein over the orchestra in the symphony, although in the first half of the concert he succeeded in highlighting with sensitivity the intrinsic voices in Boccadoro and the atmospheric moods in Debussy, and maintained a fluid line and a perfectly calibrated equilibrium between the soloist and the orchestra in both Molinelli and Debussy. Photo Ennevi