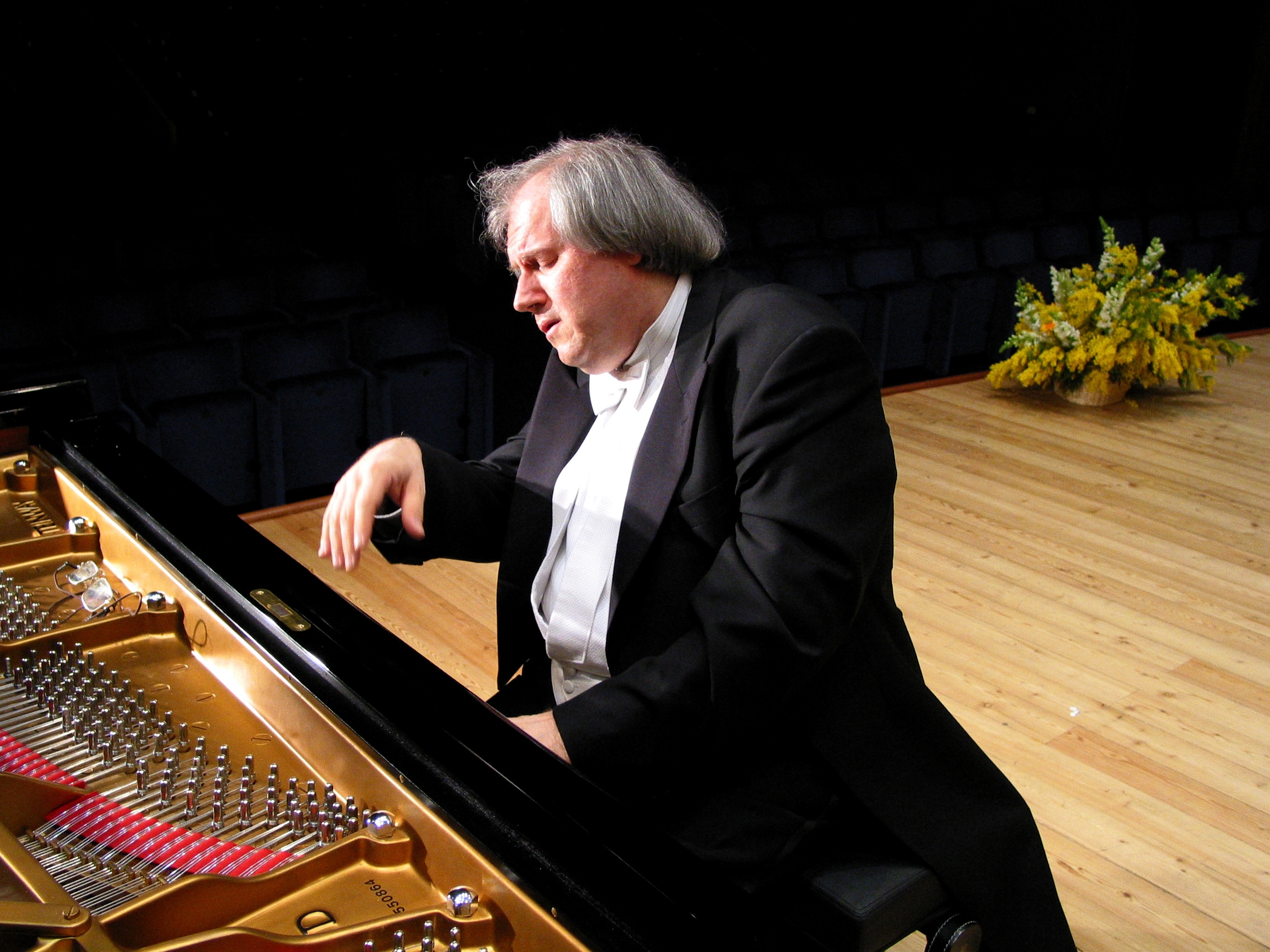 Sokolov at the Salieri

It does credit to the great pianist Grigory Sokolov that, at the height of his career,  he graces the stage of a charming theatre, for a recital in a country town in the plains 40 chilometres south of Verona , just as he would  the major concert halls of  the world’s capital cities. And it is a credit to the theatre management of the Teatro Salieri to have brought him to Legnago, offering such a wonderful opportunity to the local audience to experience great music-making by a formidable artist.  The 2 hour programme he offered was both technically and musically daunting, heightening the expectations of the knowledgeable in the audience.  The first half of the programme was devoted to Schubert: 4 Improvvisi op. 90 D 899,   4 of the 8 pieces composed for solo piano in 1827, and Drei Klavierstücke D946, composed in May of 1828, 6 months before his death. These works belong to Schubert’s mature final period which produced such masterpieces as his Winterreise song-cycle(D 911), the String Quintet in C (D956).  The second half of the programme was devoted to Beethoven’s immense Sonata n.29 in B flat major op.106 “Grosse Sonate für das Hammerklavier,” written between 1817 and 1819, his longest and one of his most technically and harmonically complex sonatas, as well as being one of the most challenging works in the piano repertoire.
After a quick bow, in the dim atmospheric half-shadow of a lone overhead spot-light, Sokolov, with great simplicity and exquisite taste, offered first the 4 Schubert Improvvisi op.90 followed by the often neglected Drei Klavierstücke, exalting the distinctive elements of each individual piece. Every phrase, every accent,  was calibrated  in weight , dynamics, timbre, and colour, underpinned  by a consummate technique. The firm base lines, the rippling accompanying lines, crystalline but unobtrusive under the beautiful  languid or  lyrical themes; each voice as distinctive as three different instruments.  With levity and evenness of touch, Solokov extracted the intrinsic significance of each note; the profundity of a bass line, the lilt of a Viennese lied.
But it was in the magnificent, monumental and revered Hammerklavier Sonata which even Beethoven predicted would be a source of great difficulty for pianists, that Sokolov reached unbelievable heights, both in his expressivity and his technical mastery. In this unconventional and revolutionary work, Sokolov demonstrated his undisputed perfectionism, maintaining the musical tension within his overall conception and sense of structure from the initial fanfare with his resounding chords, the energetic and dramatic first movement often interspersed with its reflective moments, in the lighter second movement,  to the stillness of the deepest and most profound description of pain and despair of the third movement, and in  the resurrection of the fourth movement with its complex three part fugue, breathtaking in its simultaneous jumps of tenths back and forward. He dominated the fugue, highlighting the different counterpoint voices, its inversions, augmentations, diminuition, in all its spiralling turns and shifts, with great sensitivity and firmness, never forsaking clarity or the directional thrust.  His pianissimi were intense, his fortissimi  full-bodied and vibrant, his trills thrilling, his phrasing eloquent and meaningful and  the technical difficulties faced with ease and confidence. He plays in a trance-like state mouthing silently, in complete fusion with his instrument and music.
Not one for indulging in audience adulation, after each piece, his customary cursory bow, a sober, reserved stage presence, and off.  This did not prevent him from conceding 5 encores after repeated calls from the audience:  2 by Chopin, (the pathos created in Prelude 28. n° 4 left the audience spellbound), 2 by Rameau and 1 by Bach/Ziloti .