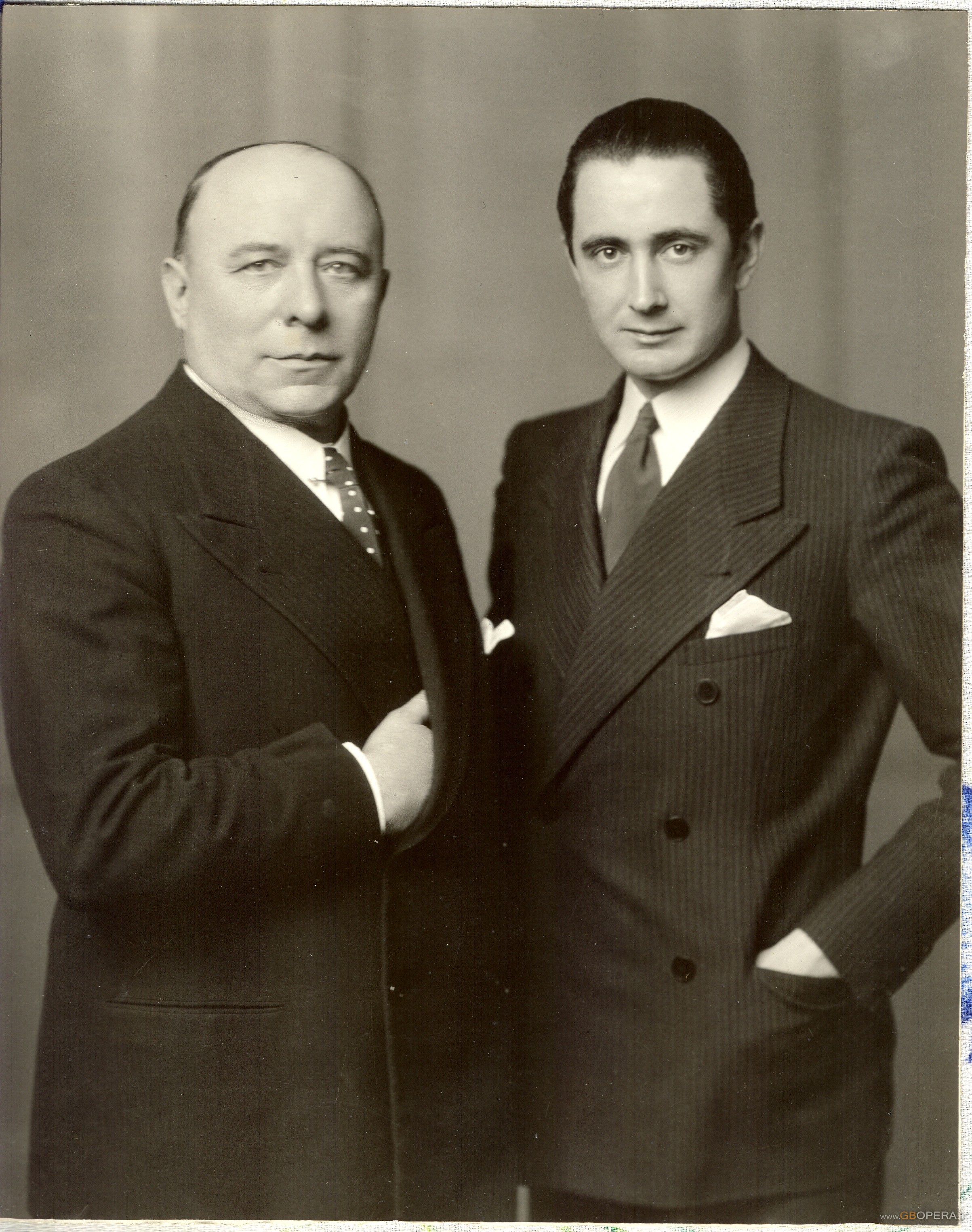 In June 1928 the tenor Giovanni Zenatello,who with his musical intuition had initiated the lyrical seasons at the  “Arena di Verona” in 1913 and who had opened a singing school in New York with his wife, the mezzosoprano Maria Gay, having heard of the success obtained by Martini, invited him for an audition in his villa at Quinto near Verona. He wanted Martini  to sing “I Puritani” saying that “he was the only tenor that sang that opera in the right tonality”.
Martini was already studyng with the soprano Lucia Crestani,but according to Zenatello,those lessons instead of developing the natural qualities of the the young singer’s voice,were subjecting him to inappropriate efforts enable him to  interpret the dramatic repertoire which was her domain.Zenatello made some valid offers,instructing him in the lyrical school and in a brief time the progress made was noticeable and the uncommon qualities of the young singer shone in a splendid light.Zenatello became for Martini the father that he had lost as a child and with Maria Gay he was to become his manager until 1945. At the end of the lyrical season of the “Arena” of that same year and of which he was impresario, Zenatello engaged Martini for a series of concerts in France and Belgium. He sang at the Kursaal of Ostende and lather in Paris, Marseille, Nice,Toulouse, Montecarlo and London, always obtaining a great success. 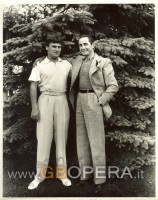 He met other already famous lyrical artists such as Tito Schipa,Giacomo Lauri Volpi and Grace Moore who would be at his side at the Metropolitan Theatre of New York and in other concerts until her tragic death.Upon his return to Italy,the maestro Toscanini offered him an audition at the Scala of Milan,but his previous commitments did not allow him to accept the invitation to become part of the cast on the famous theatre. The year 1929 started in France and Belgium with a series of concerts,always with great success. He wrote to his mother almost everyday telling her everything about his successes,his acquaintances (especially female) and even about small things such as where to buy hats.
The evening of 13 may 1929,by chance one of his concerts in Paris was attended by Jesse Lasky,a magnate of American cinematography who had to leave for the United States the following day.Mr.Lasky was so enthusiastic about having discovered this new tenor for the American motion-picture industry,that the following day,only a few hours before leaving for the United States,he presented Martini with a contract with the Paramount Lasky Corporation “….commencing with the date of the Artist’s arrival in Hollywood,California, leaving New York city on or about August 1st,1929″.

weekends in his villa.Upon his return to Italy in August 1930, he sang in Milan at the Puccini and at the Teatro del Popolo, and in Rome at the inauguration of the Teatro Barberini.In February 1931 he returned to New York where he began to sing on the radio. He spent the summer in Italy and on January 29,1932 he made his debut with the Philadelphia La Scala Opera Company in the opera Rigoletto at the side of Josephine Lucchese and John Charles Thomas. The success was so striking that the audience wanted an encore of “La donna è mobile” notwithstanding the rigorous American tradition that does not allowed encores. The encore was allowed breaking the custom as the opera could not be completed due to the audience’s insistent and enthusiastic requests. When on the evening of February 4,always with the Philadelphia La Scala, Martini appeared in the opera “The Pearl’s Fishers” with J.Lucchese and J.C.Thomas, there was a large sign in front of the theatre  which read: “No encores will be given”. This evening was also marked by a grand success. In November 1932 Nino Martini was engaged by the Columbia Broadcasting system, the largest American radio station, for which he held concerts twice a week until November 1933. However six months of radio concerts was enough to center the attention of all the critics and the public of the United States on him, and he became an idol of the masses.  (End of the second part)