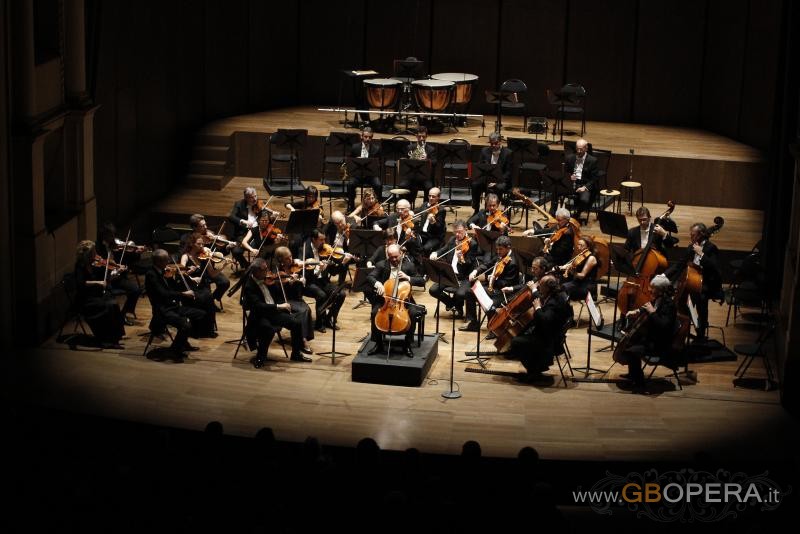 The third of the four concerts in the series dedicated to the first Viennese school of composers,  was centred on the cello with the whole first part of the programme devoted to Haydn’s two cello concertos, the soloist Enrico Dindo, doubling as conductor.
The concert began with the second concerto in D major, in which a mature Haydn abandons the late baroque concerto scheme to treat the cello as an instrument capable of an autonomous singing line.  The technique and expressivity of the solo instrument is detached from the violins and is in general  more lyrical and expansive than the first concerto, especially in the serenity it exudes in the first movement, reinforced in the second movement; one of the slowest Haydn had ever written.  In the sparkling brilliant final movement, though not as virtuoso as the first concerto, the writing particularly exploits the high range of the instrument posing notable technical difficulties for the soloist. Dindo demonstrated the required  acrobatic ability to deal with the fiendish passages, and  a  golden, singing tone from his beautiful instrument in the melodic episodes. Problems with  intonation seemed to be highlighted with the inevitable gear changing when switching from playing  to conducting. The nature of the instrument, with the soloist seated with his back to the orchestra, doesn’t lend itself to instantaneous communication and awkward  and contorted conducting movements with the bow, also jarred.
In contrast, the first concerto is balanced between the model of the baroque concerto and the model that Haydn himself was developing with the sonata form, and is one of the most demanding among his youthful works. The first movement, in a stately and aristocratic character, is as assertive and rhythmic as a march, with orchestral ritornellos between each solo episode.  Each reprise of the principal theme, however, is slightly modified, and the solo episodes have a lyrical character as well as  moments for showing power and brilliance. From the beginning, both orchestra and soloist seemed more at ease, finding a tidier and more balanced  dialogue between the parts. The adagio is characterized by an austere and intimate tone, with a beautiful singing melody in the form of a romance which Dindo interpreted with intense and sensitive involvement.  The soloist, is accompanied by strings alone, who alas, could not find the levity to match his sound and in many occasions throughout the two concertos, the cello sound did not always manage to rise above the orchestra.  The final movement sparkles for vitality, brilliance and invention rich in virtuoso effects, which Dindo executed with panache. Notwithstanding the challenging programme he conceded two beautifully calibrated encores of Bach,  the Allemande from the suite n°6 and the prelude from Suite n°1.
A well matched  choice of  work completed the programme in the second half of the concert.  Dindo took up the baton to conduct Beethoven’s 8th Symphony, a fine blend of classical simplicity, with its apparent return to a musical language which echoes that of the 1700s and which seems a throw back to his first two symphonies and the world of Haydn, but with visions of Beethoven’s innate progressive power. A rather uncertain start to the symphony, from both conductor and orchestra and a rather routine attitude and from the performers and a lack of polished phrasing, especially in the droll second movement(a precursory Prokofiev), belied the energy and enthusiasm of the conductor in his attempt to reveal the contours and structural integrity of the work.  As noted in other concerts, and particularly evident in this repertoire, the intonation is generally often approximate. The tempi chosen were fluid and elegant and third movement, with its graceful horn and clarinet solo, was particularly well-balanced. The last movement took off at a breathless speed and floated along with exhilaration, bringing the symphony to a joyous conclusion. Photo Ennevi © Fondazione Arena