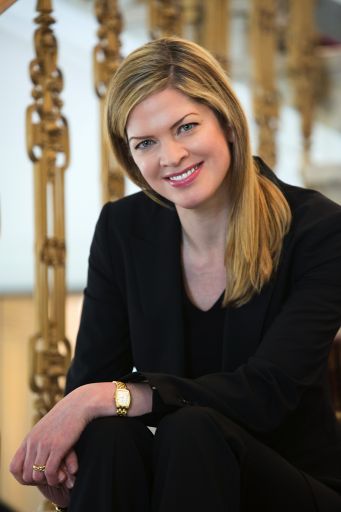 The same scene as last year at the Teatro Filarmonico in Verona. Queues for a ticket at the box-office right up until the last minute. A theatre filled to capacity. An excited and festive crowd buzzing with an air of anticipatory delight. The reason was also the same as last year: the presence of the virtuoso violinist Sergej Krylov. And just as last year, he did not disappoint his faithful and admiring public. Krylov gave a stunning performance of the Paganini Concerto for Violin n.1. Fired by a vigorous and intense temperament, he executed the concerto’s acrobatics with unerring technical and musical judgement, transcending mere exhibitionism. He delivered a fireworks display of cascading chromatic double stops in thirds, trills and harmonic passages, zipping up and down the instrument in a succession of ornamented arpeggios and scales at lightning speed with diamond cut clarity, precision and control. His even, crisp up bow staccatos, the battery of neatly tailored sudden and rapid bow-stroke changes, and his lithe and pliable left-hand betrayed the support of an unassailable technical command. He transmits the determination, grip and single mindedness of a Navy SEAL. Equally intense in the contrasting lyrical and often unashamedly operatic moments of the work, he conjugated an expressive sweetness of tone with a tautness of musical line and phrasing, free from any form of emotive self-indulgence. A riveting performance slowed down only by a lengthy, repetitive and emphatic first movement cadenza. The captivated audience can be forgiven for not refraining from spontaneous applause at the end of the first movement. At the end of the concerto they clamoured for encores and received two more challenging virtuosistic works. First was an explosive Paganini caprice no. 24 followed by Les Furies, the final movement of Ysaӱe’s second sonata, one of the six of which Ysaӱe admitted to composing “to associate musical interest with grand qualities of true virtuosity”, performed masterfully by Krylov. An assured and eloquent closure.    A complete change of atmosphere for the opening work of the second half of the programme, Schicksalslied by Brahms, one of the least performed of Brahms’ major works. It is a complex secular choral and orchestral setting of a poem by Hölderin, Hyperion or The Hermit in Greece, a work with a powerful emotional content that strikes at the heart of the human condition. The poem is roughly divided in two parts, contrasting the everlasting bliss of souls in heaven with the pain and suffering of human existence, ending on a note of bleak resignation.   Brahms, however endows it with a greater meaning and message of hope, concluding the work, like a harmonic ray of light, with a return to the heavenly radiance of the orchestral introduction, entrusting the solo flute with the grand searching melody, which is echoed by the violins before flowering into its luminous climax.
The extended serene and glowing orchestral opening of the work begins with a glorious melody, given to muted violins, which unfolds over dark, expressively scored woodwind chords and the quiet pounding of the timpani, conveying the ethereal peace of heavenly beings. It prepares the setting for the choral entry, a simple yet rich 4-part harmony, a hymn celestial of wonder, evocative of calm joy of spiritual existence. In the second part the mood changes dramatically, violent and agitated suggesting the tormented human condition. Fury and rage are evoked. Water thrown from cliff to cliff is vividly portrayed in the swirling 3/4cross-rhythms, so beloved of Brahms, of “Wie Wasser von Klippe Zu Klippe geworfen,”. The score is filled with similar instances of direct textual inspiration: the harmonic text painting as the choir sings “Glänzende Götterlüfte” or the harp-like orchestral accompaniment of “Wie die Finger der Künstlerin Heilige Saiten”. The chorus, well-prepared by the chorus master, Vito Lombardo, displayed a new-found compactness and homogeneity, demonstrating a greater control and firmness of emission, with the exception of the highest soprano notes. Although the diction was uniform, the effect was generic. The chorus seemed oblivious to the German words they were singing and the above mentioned ‘text painting’ did not come across. The direction of the conductor, Keri-Lyn Wilson could also be held responsible. Orderly and precise, her conducting style did not elicit a strong musical response from either the orchestra or chorus. In the Paganini, even considering the awkward orchestration, the orchestra was often untidy and unbalanced.  In the last work of the evening, the orchestra became the protagonist in Ottorino Respighi’s vivid and colourful tone poem “I Pini di Roma,” scored for a large orchestra, including organ, a battery of percussion, augmented brass, the antique ‘buccine’ and a gramophone to reproduce the song of the nightingale. This second orchestral work of his “Roman Trilogy”, I Pini di Roma consists of four movements, each depicting pine trees located in different areas in the city of Rome at different times of the day. Respighi himself wrote, that he uses Nature as a point of departure, in order to recall memories and vision. His specific imagery and brilliant scoring, combines colourful orchestration and evocative composition to create a cavalcade of scenes from children at play, a serenade, the catacombs and the grand finale of the ancient Roman triumphal march. He incorporates his interest in old music with the plainsong chant of the catacombs, and of folk songs with the children’s nursery rhymes. The brilliance and skill of the work is immediately accessible to the listener and has a captivating power, and the orchestra had no problems in rendering it justice.