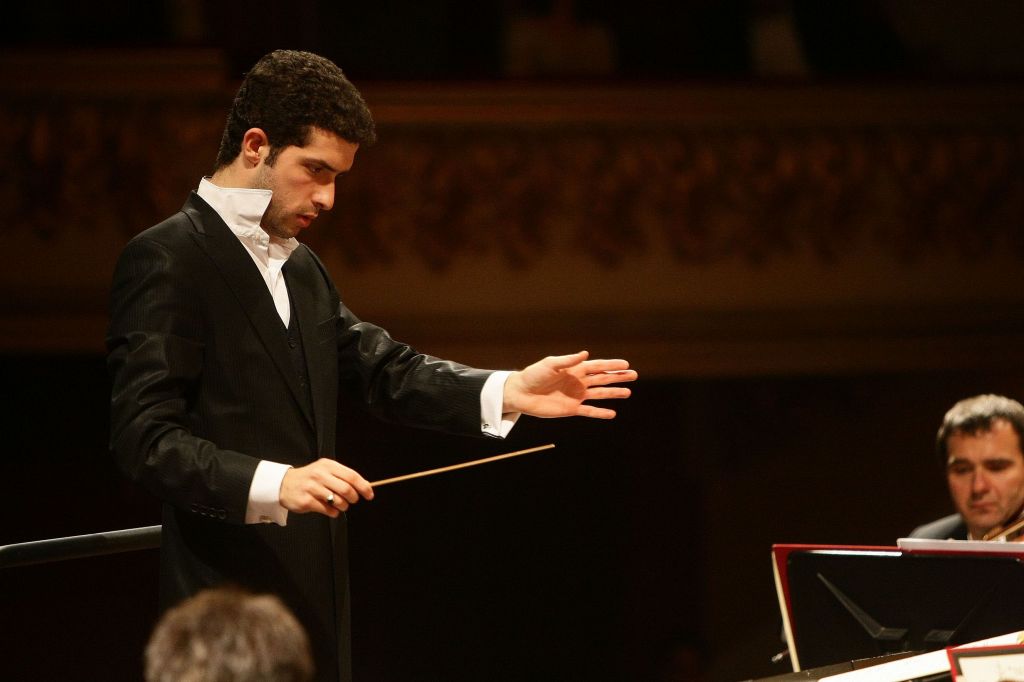 Verona, Teatro Filarmonico. Fondazione Arena di Verona 2014-15 Symphonic Season
Orchestra Arena di Verona
Conductor Omer Meir Wellber
Cello Jan Vogler
Ernest Bloch:  Schelomo
Pyotr Ilyich Tchaikovsky: Variations on a Rococò Theme op.33; Symphony n.6 op.74 in B minor “Pathétique”
Verona. 28th March, 2015.
The cello repertoire was prominently featured in the seventh concert of the Arena di Verona’s symphonic season 2014-15 at the Teatro Filarmonico on Saturday 28th March(repeated 29th), with two masterpieces, Ernest Bloch’s Schelomo:Rhapsodie Hébraique and Tchaikovsky’s Variations on a Rococò Theme, both for Violoncello and Orchestra, taking up the first half of the programme. The juxtaposition of these two contrasting works gave ample scope to the soloist, Jan Vogler, to display his ability in presenting the wide range of technical and expressive characteristics of the cello.
In Bloch’s Schelomo, his highly emotionally charged performance and strong physical presence embodied the voice of the biblical Solomon, the eponymous protagonist. His strongly defined phrasing and subtle shifts of weight and colour gave a real sense of speech and his resonant baritone range, of full-throated song. He drew out the maximum expressivity from the yielding melismas which permeate this orientalizing piece. He gave breadth and spaciousness to the authoritative and soulful cello line to which the orchestra provides a rich backdrop of late Romantic lushness and richly hued orchestration. Generous with sensuous portamenti and a luscious vibrato, he elicited a sound, rich and mellow, burnished and warm, powerful and soulful from his Stradivarius, breathtaking in the beauty and fullness of its sound. 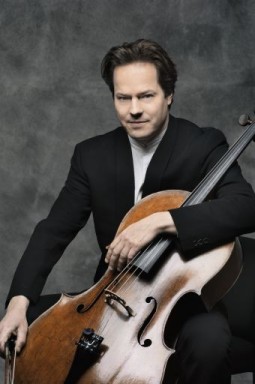 The scaling down of Bloch’s lavish orchestra to the reduced orchestra, typical of the late18th century, of Tchaikovsky’s Variations on a Rococò Theme, proved a striking contrast. In this work, Tchaikovsky, who held a deep admiration for 18th century composers and prized the music of Mozart, explicitly recalls Haydn’s forms and Haydn’s orchestra, not to mention Haydn’s own predilection for the cello, and reveals a nostalgia for the Classical style. The technical ostentation and orchestration are updated to suit the times but there are no obvious concessions to Russian Romantic trends, such as exoticism or nationalism. The original theme in Roccocò style and the ensuing eight consecutive variations epitomize the craftmanship of the style inspired by the structure, versatility and range of the Rococò exemplar; the symmetry and grace of the lightly accompanied opening, the ensuing triplet decorations, fast short phrases in dialogue, expressive slow waltz, trills, brilliant exchanges , virtuoso passages and a challenging last movement at breakneck speed. By turn grotesque and lyrical, light and charming, the tone of the work is assertive and has some fiendishly difficult writing for the cello. The soloist maintained the necessary restraint of the classical without sacrificing his depth of sound although the precipitous and difficult last movement seemed to arrive at the brink technically, and the overall intonation was far from accurate. As an encore, the Sarabande from the third Suite for solo cello by Bach with its intimistic and fluid line, was a perfect foil to the two previous works. The soloist approached it with a poised and firm stroke allowing the stunning qualities of this magnificent instrument to enrapture the audience.  The 6th symphony or Pathétique, as it was immediately named, was the last symphonic work of Tchaikovsky, and is considered his artistic testament. It carries a strong symbolic value, sublimely merging the emotional and spiritual qualities he so movingly expressed, and for which his music in general , and the 6th symphony in particular, is so fervently beloved.
The first movement bears the stamp of tragedy. The atmosphere is of bleak, grim, funereal darkness, of incalculable esthetical value, esemplified in the emphasis of timbre over notes. The work opens with the bassoon in its low register emerging from the silence over a subdued dark string sound. As the instrumentation ignites, the score acquires a rare power. An emotional tempest is outlined as the passionate intertwining of strings, brass and strings gradually builds up. A searing combination of power, suffering and elegance. Followed by the melancholic levity of the second movement’s offbeat, lop-sided 5/4 waltz, the explosion of a triumphal impetus in the bright and dynamic third movement before the return to the lugubrious and fatalistic first movement atmosphere of the fourth. Charged with an emotional and musical tension it progresses slowly in an uneasy feeling of foreboding towards an ineluctable ending. Its crepuscular nature, with references to liturgical orthodox rites for the dead, the fatalistic and funereal trumpets and trombones in a grim choral, the first theme of an extraordinarily intense emotion and the last theme sinking definitively into the lower register, reaching pianissimo and dissolving progressively, accompanied by an unrelenting drum and double-bass beat, into the mysterious depths of silence.
Omer Meir Wellber, conducted with unflagging energy and physical esuberance and a pressing sense of momentum from start to finish. Effective, in the urgent phrases at the appearance of the first theme in the first movement, or the sweep of the phrases of overwhelming passion, in the buoyant levity of the second movement or the resolute march of the third, it left the listener bereft of many moments of drama and suspended tension, and ultimately of the pathos of its sobriquet. Introspection, breadth and weight were sacrificed. The contrasting succession of emotions produced by the juxtaposition of alternating incalzando e ritenuto, or by the elasticity of willfully heartrending passages with whirlwind accelerations, were flattened. While not a carthartic performance, the orchestra was convincing.