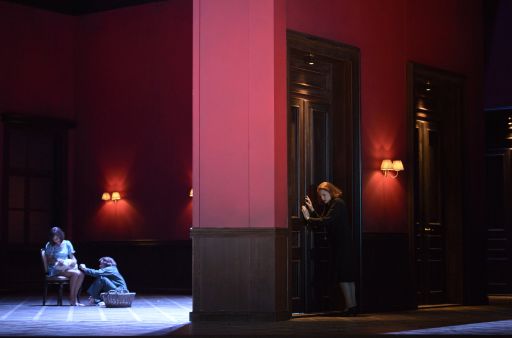 Deutsche Oper Berlin: “The Turn of the screw” 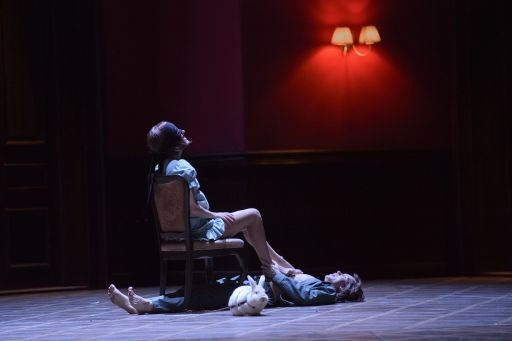 Benjamin Britten’s chamber opera “The Turn of the Screw” based on Henry James’s novella of the same title may be considered one of the most dramatically appealing English operas and the production by Claus Guth at the Deutsche Staatsoper Berlin has not lost its fascination for the audience since the opening night more than one year ago. Even though Guth concentrates on the psychological aspects he does not try to resolve the secret of the Governess’s mental state between hysteria and madness. A lot remains ambiguous and he leaves it up to the spectator what is real or part of her fantasies. Neither Miss Jessel nor Peter Quint ever show up with their voices to be heard offstage only. Despite the clear structure of the opera the producer does not allow the audience an intermission, which adds to their bewilderment but keeps up the tension as almost everybody feels captured by what is going on on stage. There is a touch of a thriller by Alfred Hitchcock in the Staatsoper. Old English castles and country houses have always been good for horror stories. Here it is the secluded manor house Bly with high and empty looking rooms that are cleverly arranged on the revolving stage by Christian Schmidt who is also in charge of the appropriate costumes. Flora wears a marine dress and Miles a suit. At first they appear nice, polite and boring like swots at a private school. 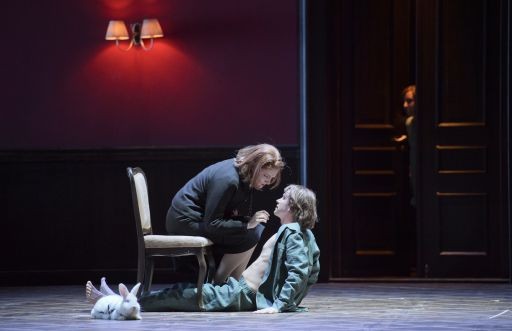 Towards the end we can see them sacrifice white rabbits in satanic rites. Curtains or some pieces of furniture such as beds, a desk, table and chairs are sparingly added to the scenery throughout the performance but altogether the uniform walls, doors and windows form a kind of labyrinth where the characters seem to get lost, above all the Governess haunted by the ghosts and voices of Quint and Miss Jessel. Even the outdoor scenes by the lake take place inside. The revolving stage is constantly moving, sometimes faster or more slowly, at times the other way round. It can be associated with the different sensations, thoughts and fantasies of the Governess who can hardly cope with what seems to be going on like in a nightmare. Yet the most marvellous thing about the production is that it coincides with the music which mixes tonality and dissonance with Britten’s variation on the twelve-tone theme representing the “turning screw”. The composer creates a rich and illustrating sound with as few as twelve orchestral instruments plus a piano and the Staatskapelle Berlin conducted by Christopher Moulds reveals a lot of nervousness and 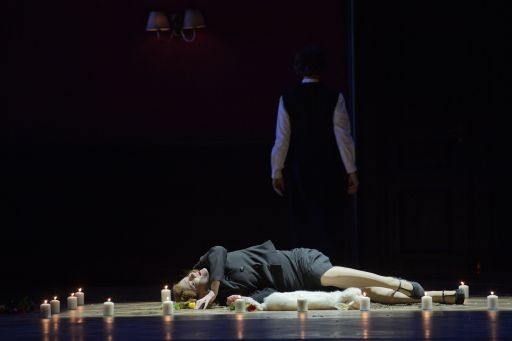 hesitation as well as vitality to give the tones an aura which does not only go with the austere stage design but also shows that Britten is in fact rooted in the music of the late 19th century. The gloomy story is contrasted by high-pitched voices and the brilliant singers fit in perfectly well. Emma Bell‘s rich soprano is slightly piercing and thus ideal for the partly apprehensive, partly obsessive Governess. The invisible Quint is sung by Richard Croft whose tenor sounds seducing rather than fearsome. Anna Samuil sings an impeccable Miss Jessel. The great British mezzo of the 1980s and 90s Ann Murray sounds noble as Mrs Grose. The highlight of the cast is undoubtedly the countertenor Thomas Lichtenecker who sings the boy Miles as a mix of childish innocence and provocative depravity. His voice is powerful and his words have the same clear sound of a bell like Sónia Grané’s attractive soprano as Flora. Photo Monika Rittershaus