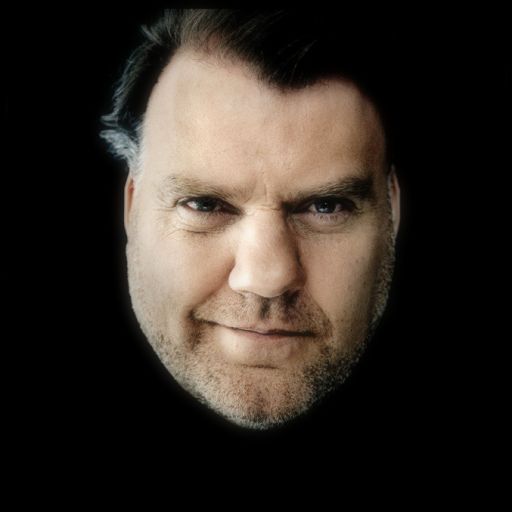 Atlanta, Spivey Hall
“BRYN AT 50”
Bass-Baritone  Bryn Terfel
Piano Natalia Katyukova
Music:Idris Lewis, Meirion Williams, Owen Williams, Meirion Williams, Frederick Keel, Jacques Ibert, Bryan Davies, Robert Schumann, Franz Schubert.
Atlanta, 29 april 2016
At 50 years of age, Bryn Terfel has arranged concerts and performances in halls and theaters where he previously enjoyed performing and felt at home, as well as concerts in Los Angeles, Houston and an April 29 Atlanta’s Spivey Hall, where he sat down in his dressing room for a wide ranging interview. He then delivered a dazzling and even more generous concert, replete with many encores. A staple among these is the classic American wester folk song, “Home On The Range”, which he charmingly uses to get his adoring audiences to sing with him in harmony. Terfel’s concerts and operatic performances reflect a deep connection to home and the joy  and comfort of song, amplified by the seemingly effortless hard work and dedication which elevates and transports without distancing the listeners. His concert reflect this directly, starting with a collection of Welsh songs, some which he sang as a child, others written for him by a dear friend and menntor.  All of them are not just about his homeland but were part of the warp and woof of his life as a singer growing up in the special culture of Wales.
These concerts are not just about his childhood homeland, they are also about his ongoing artistic landscape, containing as they do the Ibert Don Quichotte Songs written for Chaliapin, one of the great Boris Gudonov interpreters, a role Terfel has recently taken on as his own, and which he emphatically proclaims a role not reserved for Basses alone, but meant for a Bass-Baritone like himself.
Terfel’s 50th birth year also marks the 25th Anniversary Season of Spivey Hall, and it was fitting that on an evening where the famed choral conductor Robert Shaw was remembered saying that “Spivey Hall is to music as Life is to Painting”, Terfel would apply his broad vocal palette to the works of Schumann and Schubert, interpreting them with a dynamic range unavailable to most Lieder interpreters, and textual clarity and color equal to any.
Ever the son of a hardworking farmer, Terfel considers himself a performer working the international operatic soil previously tilled by great Welsh singers like Geraint Evans and Gwyneth Jones, and feels both honored and obligated to properly tend it. He does so with a combination of easy grace, musicality and an honest vocalism as grand as it is subtle, and always informed by the traditions of music in the home and villages which is so integral to Welsh culture. Using Spivey Hall’s fine acoustic palette, he gave the audience first a picture of his homeland with songs in his native Welsh tongue, first Idris Lewis’ “Song of the Red Plough”, then three more Welsh songs, two by Meirion Williams, one by Owen Williams, and then Frederick Keel’s English language “Three Salt Water Ballads”, delivered with clear natural diction and a narrative vocalism which made them easy to understand and a pleasure to listen to. All three represent the multitalented musicians nurtured by the Welsh culture, pianists, conductor, composers and/or singers, often sons and daughters of those who work the land or under it, they are recognized and promoted in the weekly musical gatherings held all over the country.
For the third group before intermission, Terfel changed languages but stayed true to the prolific eclectic spirit of his compatriot Welsh composers and expanding on the concert’s theme, “Bryn at 50”. Jacques Ibert’s “Chansons de Don Quichotte”, written in a contest for Georg Pabst’s 1932 film “Don Quixote” was not the first choice of the filmmaker, but was chosen over Maurice Ravel’s cycle by  Chaliapin himself. Terfel clearly relishes the varied character of each episode, as he undoubtedly does in the seven scenes of Boris. Ibert’s music allows for variegated characterization but the accompaniment sometimes falls into Flamenco clichés.. In a place of honor at the end of the first half of the evening is “A Medley of Welsh Folksongs” composed for him by Bryan Davies, a close musical friend who died in 2011. Another multitalented Welsh musician, Davies’ songs have a sophisticated simplicity which move them a step above folk song.
After intermission Terfel offered a selection of the German Lieder which he first so extensively studied as a student under Rudolf Piernay. Both groups began with dramatic pieces offering a wide range of expression. Robert Schumann’s Belsatzar as well as Franz Schubert’s Gruppe aus deb Tartarus, call for high romantic drama-groaning, madness and death, a suited Terfel well. In the Schumann his musical gifts predominated, with well shaped phrases and organic rubati emphasizing the drama, while in the Schubert text and word coloration predominated. He contrasted these sections with more amorous and lighthearted themes: Two Venetian Songs from Schumann, and Schubert’s Liebesbotschaft, the well known Fischermädchen, Auf dem Wasser zu singen, and Die Taubenpost  which gave Terfel ample scope to make magic with his long breathed piano tones, and his pianist, Natalia Katyukova, to make pianistic magic of her own with stunningly inflected  postludes in the Schumann and Schubert, picking up and amplifying the singer’s wonderful music. She played strongly on Spivey’s wonderful Hamburg Steinway, staying with her singer and taking her dramatic moments when offered.   As eclectic a performer as any Welshman, Terfel became almost pure entertainer in his many encores. These went from songs written for an earlier operasinger/entertainer, John Charles Thomas, and spanning the gamut from Tevya (Fiddler on the Roof), to The Dragon With 13 Eyes, and Home on the Range. All this gives a portrait of a singer who ranges far and wide on his home the stage. Photo Mat Hennek © Deutsche Grammophon