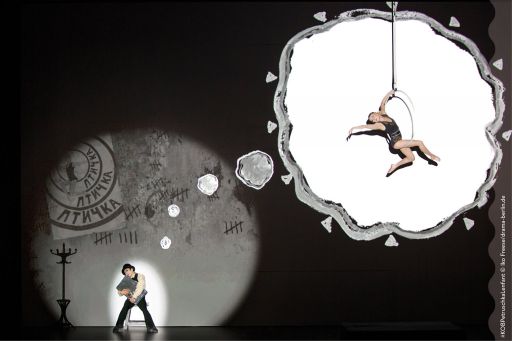 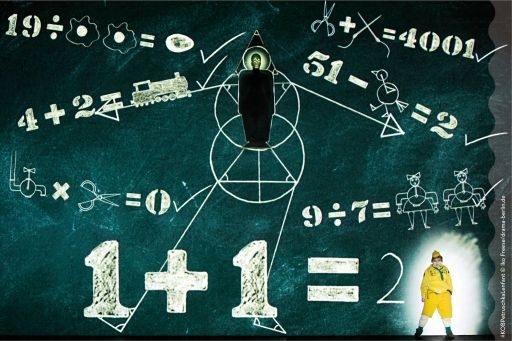 of the British picture magicians and their mixture of animation art and acting performers on stage which in some way reminds of the Prague-based Laterna Magica productions. The ballet burlesque “Petrushka” by Igor Stravinsky and Maurice Ravel’s one-act opera “” (“The child and the spells”) are usually not paired for one opera night although they have in common that dead things are brought to life in them. In “Petrushka” they are the puppets of a juggler during the Shrovetide Fair in St. Petersburg. Things such as china and furniture in the child’s room start a rebellion against the attacks by the bad boy. “Petrushka” once gained world-wide recognition by Sergei Diaghilev’s Ballets Russes and its outstanding male dancer Vaslav Nijinsky in the title role. Today we will rather find it in concert halls. “1927” have found their own approach by casting the three main characters with circus artistes who fit perfectly well into the fast changing scenery with radical and harsh but at the same time charming cartoon animations. They can climb up the large projection wall apparently easily to disappear in opening holes or interact with the film projections which are strongly influenced by the aesthetics of Dadaism, surrealism and Soviet modernism. Tiago Alexandre Fonseca whose appearance resembles silent film star Buster Keaton, turns Petrushka into a tragicomic clown with Charlie Chaplin features. Pauliina Räsänen and Slava Volkov as the other two puppets (here the acrobat Ptishka and the muscle man Patap) provide breathtaking first-class acrobatics á la “Cirque du Soleil” to dumbfound the opera audience. “L’enfant et les sortilèges” can rarely be seen on stage. How 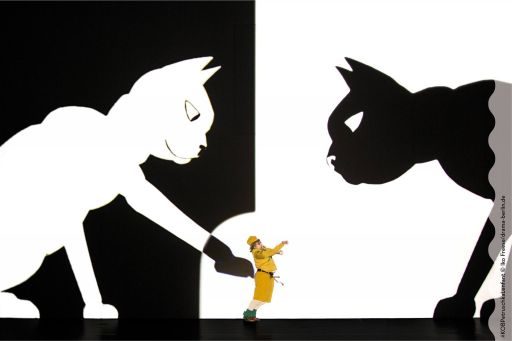 can you bring a teapot, a grandfather clock or an armchair to life without becoming cloddish or even ridiculous? In fact Ravel’s work is intended to be a musical grotesqueness for adults rather than a children’s opera. “1927”’s surge of animated pictures pulls out all the stops to solve the problem but gives rise to another. Whoever does not check before who is going to sing will hardly find out throughout the performance. Like transfer pictures the singers are reduced to their animated cartoon characters most of the time or even sing offstage only, which also applies to the enchanting Children’s Choir and the Vokalconsort Berlin. The Komische Oper can boast excellent young singers after all such as Nadja Mchantaf as the child and Talya Lieberman who manages the high-pitched coloratura fireworks of the fire, the princess and the nightingale effortlessly. Ezgi Kutlu’s warm contralto sounds virtually luxurious for the mother, the china cup and the dragonfly. The singers of the smaller parts contribute on a high level as well. Markus Poschner as the conductor does not only have to pull the Orchester der Komischen Oper Berlin together but also keep the pace of the dominating animation. It is amazing how he gets that done especially with Stravinsky’s fiery bi- and polytonal score full of rhythmical dynamics.