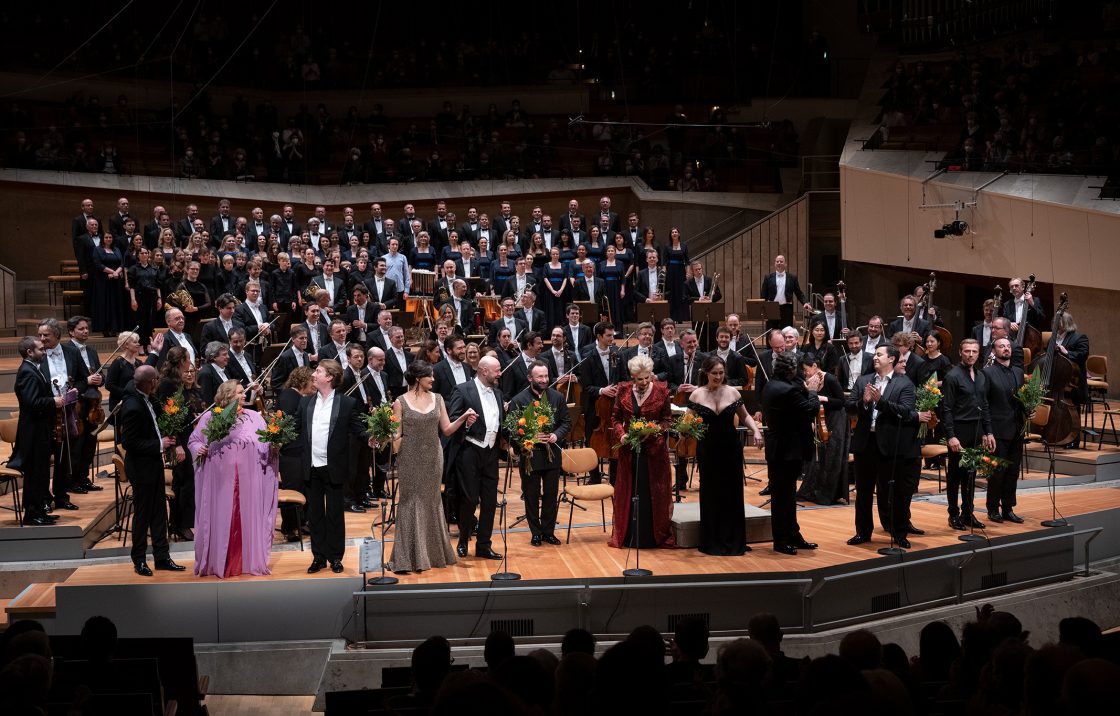 Philharmonie Berlin: “The Queen of Spades” and The Queen of Spades now. The two concert performances in Berlin are the result of a scenic production at the Easter Festival in Baden-Baden by Moshe Leiser and Patrice Caurier which sets the plot in a brothel. Given that today’s directors tend to reinterpret even the most popular operas, I was looking forward to the concert and I was not disappointed at all! First of all because of the orchestra: Kirill Petrenko makes the Berliner Philharmoniker play perfectly well with all subtleties of the score as if they do not play anything else but Tchaikovsky every day. It is absolutely amazing how the Russian-born conductor indulges himself in the melodies and musical lines, how he breathes with the singers and the chorus, how he drives the instrument groups from intimate moments to orchestral outbreaks evoking a unique sound of lushness and fragile details for the musical drama between love, compulsive gambling and social conventions in St. Petersburg during the era of the German-born Tsarina Catherine II.  Petrenko can fully rely on a largely idiomatic cast, led by the Armenian Arsen Soghomonyan whose baritone-based tenor is radiating and sounds like steel packed in velvet, thus perfectly fitting the complex character of the restless and desperate Herman with his final Что наша жизнь? (What’s our life?), undoubtedly the most confident vocal performance in its unflinching veracity. His lover Lisa is sung by Elena Stikhina who has a dramatic soprano of big beauty with a slightly Slavonic touch which probes the demanding part impeccably from the popular duet with Polina Уж вечер (Already night), the arioso Откуда эти слезы (Why these tears) and the fervent duet with Herman, up to the highly dramatic Neva scene. The same applies to Vladislav Sulimsky’s Tomsky sung with a powerful and sonorous bass-baritone from the ballad of the 1st act to the song about girls in the last one. Boris Pinkhasovich has the perfect elegant-sounding baritone for Prince Yeletsky who turns Я вас люблю (I love you) into one of the many great moments of the concert night. Aigul Akhmetshina as Lisa’s girlfriend Polina shows a plush mezzo-soprano of big range and colour. Doris Soffel’s inexorable Countess is as unidiomatic in Russian as it is idiomatic in French but she still sings the demonic role with the famous Je crains de lui parler la nuit. The members of the Slovakian Philharmonic Chorus as well as the boys and girls of Cantus Juvenum sing precisely and with adequate oomph. No doubt, the concert has turned out to be one of my best opera experiences of the last few years! Photo©Monika Rittershaus