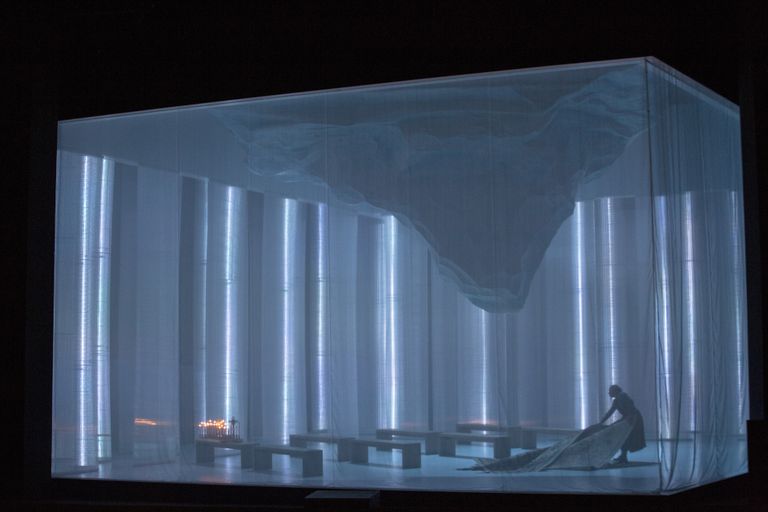 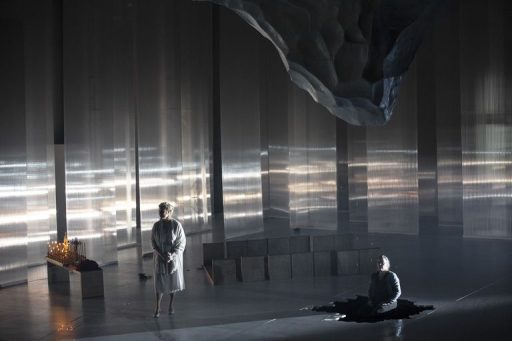 The first live run started on 22nd May and I went to see the second night on the 26th. We are lucky enough to experience the simplistic but intelligent and insightful staging of the director who spares us the usual Bohemian village folklore in favour of an elaborate Personenregie in a single set by Paolo Fantin of transparent plastic walls, suggesting that there is little privacy and discretion, whatever the characters act in. The costumes by Carla Teti, meanwhile, may be reminiscent of the late 20th century yet it is questionable, why Števa appears in an ugly camouflage suit even though he is not called up for the army, dragging a big ice block wrapped in a carpet onto stage to demolish it bit by bit. A threateningly huge icicle is slowly coming down after the murder which eventually dominates the scene and reminds us of Kostelnička’s guilt, up to the moment when it starts to melt over her in the final act. These deeply moving elements of amazing clarity are rare but most effective. The great Wagnerian soprano Evelyn Herlitzius has started to take on roles of the mature Charakterfach. 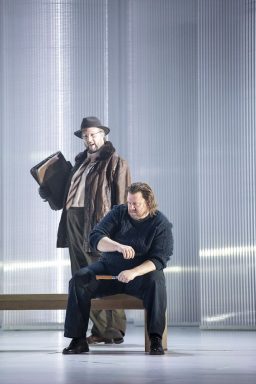 Her debut as Nurse in Richard Strauss’s Die Frau ohne Schatten in Vienna was highly acclaimed and her Kostelnička is of similar quality. She is present from the very start to pull the strings. Inherently, she is in full cry in the 2nd act when Jenůfa has secretly given birth to Števa’s baby. But he is already engaged to Karolka, the mayor’s daughter, so that Kostelnička’s only solution is killing the baby in the ice to make Laca marry Jenůfa after all. Herlitzius is vocally as well as theatrically compelling. Her ever audible big voice is getting more and more metallic the closer she gets to the high C flats of Co chvila or her hallucinations of death looking in at the end of the act. Asmik Grigorian makes her debut at the Staatsoper as Jenůfa with just the right lovely yet determined tone. She displays a wide range of vocal colours and her beautiful soprano of great radiance probes the soaring lines of the prayer with ease to find tones of forgiveness, reconciliation and cheering joy in the final scene. Alexey Dolgov as Števa develops from a swaggering extrovert to a feeble coward; vocally, he copes well with the extreme tenor tessitura. Stephan Rügamer however, sings Števa’s stepbrother Laca with more volume and roughness. Both singers show enormous stage presence next to the sheer energetic performances of Herlitzius and Grigorian. 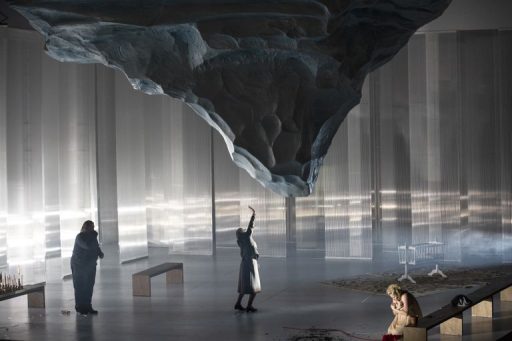