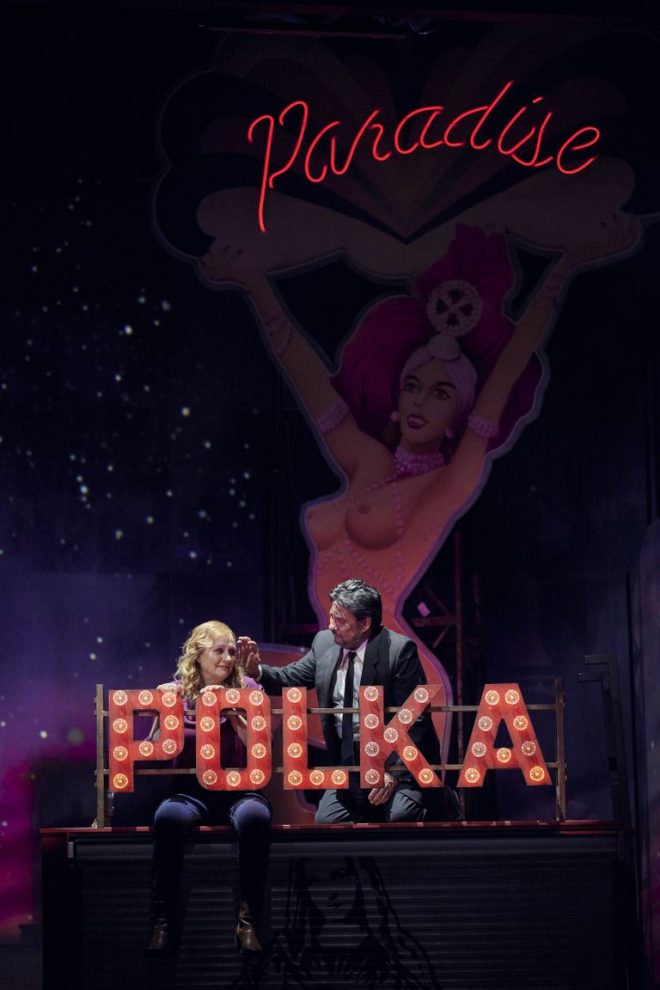 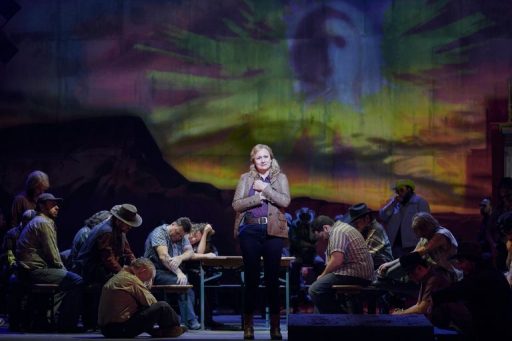 The piece also reinforced his importance as one of the most successful opera composers of his time, especially by the premiere at the Metropolitan Opera House in December 1910 with legendary singers of their time: Emmy Destinn, Enrico Caruso and Pasquale Amato under Arturo Toscanini’s baton. Even though Fanciulla is certainly Puccini’s boldest and orchestrally most extensive score in which the composer seems to anticipate the film music genre, the opera could never match the popularity of Puccini’s famous three plus Turandot and Manon Lescaut. That may be one reason why it took the opera more than one hundred years to be staged at the Deutsche Staatsoper Berlin with the opening night on 13th June 2021. I went to see a performance of the second run this June, not to be disappointed scenically and musically. 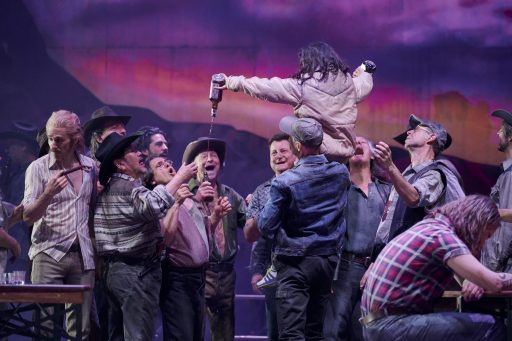 The production by Lydia Steier develops the storyline almost classically with a strong Personenregie of the main characters as well as the supporting roles. David Zinn’s stage and costumes modernise it by neon advertising, low-loading trucks and a caravan as a sort of open-air bar instead of the “Polka” saloon, yet it is questionable if Minnie should appear in jeans that make her look quite unflattering. The second act takes place in a raised hut carved out of a stage-filling black wall serving as a projection screen for the inevitable blizzard (video by Momme Hinrichs). Minnie changes into a nice green dress for the love scene with Johnson dressed in a black suit like a gentleman rather than a bandit. 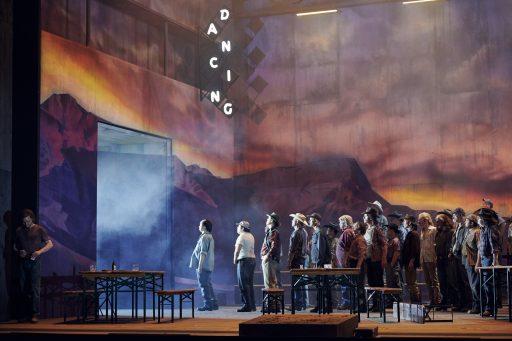 Massimo Zanetti is an an experienced and refined conductor to make the Staatskapelle Berlin probe the colourful score with notable depictions of nature, ecstatic climaxes, quieter moments of touching subtlety and maximum tension. Zanetti is largely sensitive to the singers who are rarely drowned by the orchestral sound. Anja Kampe sings a fervent, gun-swinging but also shy Minnie. Her diction is impeccable to make the most of the bible lesson at the beginning, her legato perfect for the climactic Si amavan tanto! Her soprano shows a lot of vocal colours and it is never pushed to the limit, not even at the highly dramatic end of the poker scene or in the finale. 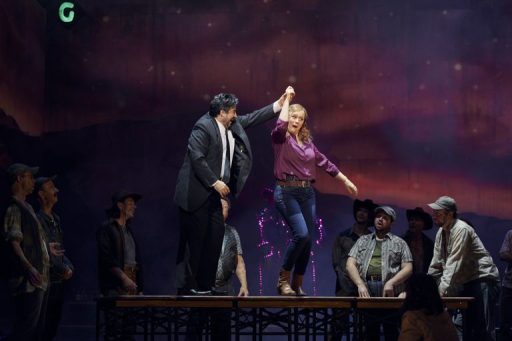 Marcello Álvarez’s baritone-timbered, virile Italian tenor is a good match as Johnson. He shows a fine legato line in the moving Quello che voi tacete whereas he sings the love duet with fierce passion, and he finds tragic tones for Ch’ella mi creda. Sheriff Rance is sung by Michael Volle whose powerful rather than elegant baritone suits the ambivalent character torn between faithfulness to Minnie and perceived justice in the lawlessness of the wild West. His Minnie, dalla mia casa son partito expresses both despair and hope. The ensemble members as supporting cast do a very good job as well as the male singers of the Staatsopernchor (chorus master Martin Wright). Photo Martin Sigmund